Shares of Hertz Global Holdings (HTZG.Q) fell 80% on Tuesday after the rental car giant filed for Chapter 11 bankruptcy in Delaware. The filing should help the company renegotiate some of its debt and keep the brand operational, but shareholders are unlikely to be so lucky.

Hertz fell into bankruptcy late Friday, a victim of the COVID-19 pandemic and its impact on travel demand. Hertz said that global revenue fell more than 70% year over year in April and was not enough to service its $19 billion in total debt. 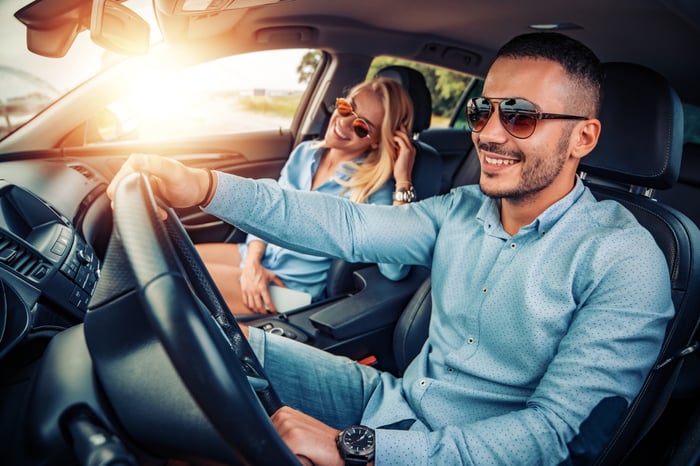 Investors got a warning Hertz was in trouble late last month when the company entered into negotiations for a short-term reprieve on some payments, but no permanent compromise could be secured. The company earlier this year had slashed its total North American workforce by 10,000, but the cuts were not enough to avoid a bankruptcy filing.

Shares of Hertz closed at $0.55 apiece on Tuesday, well below the $20 price hit in late February. That's a tough pill for shareholders to swallow.

There is some hope among investors that equity holders will get some sort of recovery from the bankruptcy, especially since billionaire Carl Icahn owns about 39% of Hertz shares and could angle on behalf of shareholders. I wouldn't bet on it.

When it comes to a Chapter 11 reorganization, equity holders are in the back of the line behind bondholders and other creditors. It is the debt holders who will likely own Hertz, assuming the company makes it through Chapter 11, and the stock will likely be worthless.

The next step for equity holders is the stock will be delisted by the New York Stock Exchange, left to trade on the volatile over-the-counter network of brokers and dealers instead of on the NYSE. Speculators can wager on day-to-day spikes and crashes as the bankruptcy case plays out, but long-term investors are best avoiding Hertz shares no matter how cheap they suddenly appear to be.