Please ensure Javascript is enabled for purposes of website accessibility
Log In Help Join The Motley Fool
Free Article Join Over 1 Million Premium Members And Get More In-Depth Stock Guidance and Research
By Bram Berkowitz – May 29, 2020 at 7:00AM

The insurance platform debuted its IPO last week, and the share price is up an impressive 33% during a difficult economic time.

The insurance platform SelectQuote (SLQT -8.69%) made its presence known last week, delivering the largest U.S. initial public offering since February at a time when the IPO market has softened as a result of the coronavirus pandemic. The stock began trading Thursday at $20 and had risen 42% to $28.45 as of Thursday's close, with a market cap around $4.6 billion.

Let's meet the newest IPO on the block and learn more about the company. 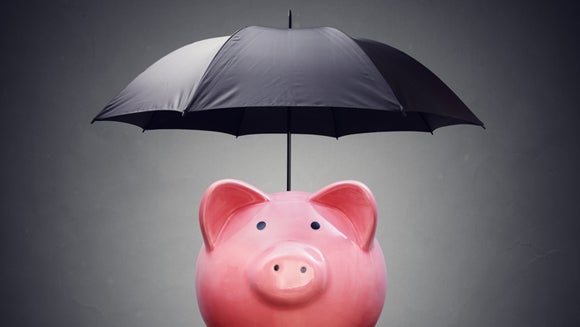 Even though it's more than three decades old, SelectQuote relies on innovative and powerful technology to drive its business. Its proprietary routing and workflow system analyzes and intelligently directs leads to agents best suited to meet the specific consumer's need. So the technology helps find the consumer, but then SelectQuote uses highly trained agents to provide "consumers with a transparent, valuable and best-in-class consumer experience and making sure they are buying a policy that meets their specific needs."

The company also believes that customized direct distribution is becoming an increasingly more effective route for insurance carriers than the in-person, "one-size-fits-all" models most traditional insurance distributors employ. That's because consumers are increasingly researching insurance policies for their needs online and, ultimately, purchasing through direct channels. The key for SelectQuote is allowing consumers to compare prices among carriers and provide a lot of the information that they know the consumer wants.

SelectQuote estimates that it's in a total addressable market (TAM) of at least $180 billion for the insurance products its distributes. The company believes the TAM presents an annual commission revenue opportunity of roughly $28 billion for its seniors segment, $105 billion in life insurance, and $47 billion in auto and home insurance. In each of those three segments, SelectQuote estimates its market share to be less than 1% and thinks there is a lot of potential for better market penetration and market growth.

Nearly 88% of total revenue in fiscal 2019 came from commissions, while the remaining revenue came from production bonuses and other sources. This segment represents commissions the company expects to generate over the life of an approved policy minus the cost of acquiring the business. This segment in fiscal 2019 grew 53% year over year, and SelectQuote's goal is to maximize policyholder lifetime value by increasing retention rates.

The company does have total debt of more than $413 million from a term loan. But SelectQuote said it will use up to $100 million of the $360 million it raised in its IPO to repay part of the loan, which should put it on better footing. The company does not anticipate paying common dividends anytime soon.

The fact that SelectQuote's IPO has been able to perform this well in this kind of market shows that investors have a lot of confidence in this company. It's an experienced company that, unlike many flashy start-ups, has delivered solid and growing profits. Additionally, while the word is not mentioned in its prospectus, SelectQuote is basically an insurtech company, a sector that many believe has enormous potential. It also seems to have barely tapped its market, so it's definitely a solid stock to add in a precarious time.