Please ensure Javascript is enabled for purposes of website accessibility
Log In Help Join The Motley Fool
Free Article Join Over 1 Million Premium Members And Get More In-Depth Stock Guidance and Research
By Donna Fuscaldo - May 29, 2020 at 11:32AM

SoftBank's Vision Fund 2 led the more than $500 million investment, which is the largest for the Chinese self-driving vehicle market.

SoftBank (SFTB.Y -0.82%) revealed today that it will lead a more than $500 million investment in an autonomous subsidiary of China's Didi Chuxing.

Softbank will invest via its new Vision Fund 2 vehicle, Didi Chuxing announced. This marks the first time Didi Chuxing's autonomous driving unit has raised money from outside sources and is the biggest fundraising round for any self-driving business in China. The company did not reveal the implied valuation for the autonomous subsidiary following Softbank's investment. 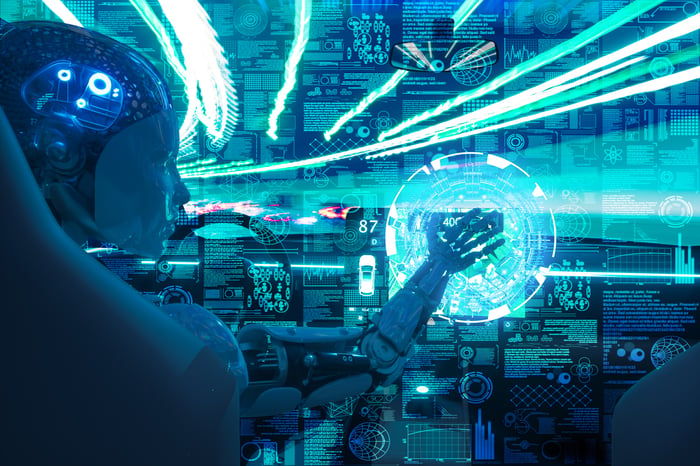 Proceeds will be used to enhance autonomous vehicle safety and efficiency and for research and development of self-driving technology. Didi Chuxing also plans to use some of the funding to accelerate self-driving services in specific areas in China and internationally. Didi has open-road testing licenses in Beijing, Shanghai, and Suzhou in China and in California in the U.S.

SoftBank's investment in Didi Chuxing comes at a time when the Japanese technology giant is struggling with massive losses on investments gone bad in its first Vision Fund. In March, the tech stock announced plans to sell $41 billion in assets to buy back shares and shore up cash. Among the assets reportedly up for sale is its stake in T-Mobile it received following the telecom company's merger with Sprint.

For the fiscal year ended March 31, the Vision Fund reported a loss of 1.9 trillion yen or close to $18 billion driven in large part by writedowns on its investments in WeWork and Uber Technologies. Despite the losses, SoftBank CEO Masayoshi Son has vowed to continue to invest in the technology leaders of tomorrow. Son clearly believes Didi Chuxing is on that list.