Please ensure Javascript is enabled for purposes of website accessibility
Log In Help Join The Motley Fool
Free Article Join Over 1 Million Premium Members And Get More In-Depth Stock Guidance and Research
By Rick Munarriz – May 31, 2020 at 2:00PM

The details of the reopening of the world's most visited theme park resort aren't pretty, but there's still time to turn dust into pixie dust.

Theme parks will begin opening across central Florida this week, but Walt Disney (DIS -2.31%) is going to sit this round out. Disney World is waiting until July 11 to start a phased restart of its gated attractions, a month after the last of its smaller rivals gets its turnstiles clicking again.

Disney was always going to be the one to let the process play out slowly, especially with all eyes on Florida as it starts to loosen the state's lockdown strings. However, ever since it submitted its now governor-approved plans to get going again, it seems as if all of the details of how Disney World will reopen to guests this summer will make the entire experience less than ideal. 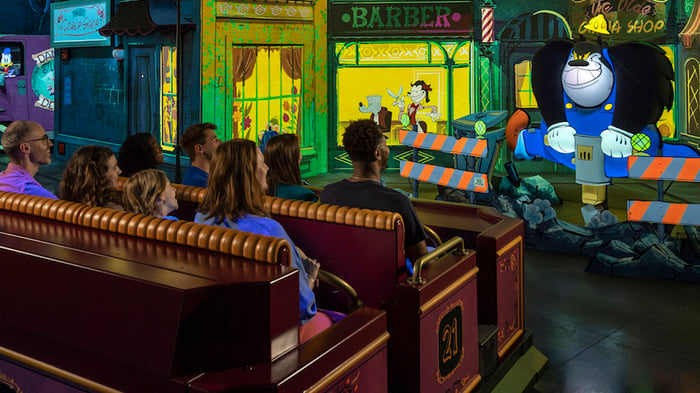 Shanghai Disneyland has now been open for nearly three weeks, and a lot of the new practices that Disney instituted there will be ported to Disney World. There will be temperature checks on the way in, and anyone older than two years of age will be required to wear a mask at all times, except for when they are dining. There will be no parades, fireworks, or up-close meet-and-greet character stations.

Disney World has gone on to confirm that it will not offer character meals, a signature experience where guests dine as costumed characters make their rounds visiting tables. It has also cancelled all FastPass+ and dining reservations through the end of the year, and for now it's eliminating the Extra Magic Hours perk it offers guests staying at one of its on-site resort hotels with additional ride time before or after a select park is available to day guests.

The news is grim, and folks do not yet know how bad Disney limiting capacity and requiring guests to make reservations just to visit a single park will be in reality.

Lines aren't necessarily shorter at Shanghai Disneyland, despite capping crowd levels at 30% of the park's capacity of 80,000 visitors. Social distancing is being practiced on rides and the limited number of shows that are available. That, along with ramped-up cleaning efforts, translates into reduced hourly throughput at the attractions. Shanghai Disneyland is able to see some live performances that take place on raised stages, but have to remain in tight taped-off squares to stay away from other visitors. Park employees are actively enforcing compliance.

All of this makes a day at Disney seem more like work than vacation. There's always the hope that trends will improve and Disney will relax the trends sooner rather than later, but who are we kidding here? Mainland China has been reporting new daily cases in the single digits over the past week, and Shanghai Disneyland is not any closer to replacing the new normal with the old magic.

However, don't dismiss Disney's chances for delivering on the kind of special experiences that have made it the world's leading theme park operator.

Out at Disney Springs -- the shopping and dining complex that became the first Disney World business to reopen last week -- the media giant is surprising guests in unique ways. It's selling its iconic Mickey Mouse balloons, giving guests a taste of the theme park experience. Above a storefront balcony, First Order Stormtroopers bark out social distancing safeguards as guests stroll the shops below. There are creature comforts in the calamity. There's magic in the disruption.

You can bet your last churro dollar that Disney will make sure it's not peddling a bad product this summer. It already knows that this is not a time to maximize profitability. No one is going to pay up for on-ride photo packages with guests rolling down a coaster hill wearing a face covering. Classic high-margin concessions will be kept in check to avoid tempting patrons into walking around without a mask as they sip soft drinks and devour Mickey-shaped ice cream bars. Many of the measures already announced will devalue the premium folks pay to stay at a Disney-owned hotels.

Now let's see how this all plays out come mid-July. Disney knows that guests will be frustrated donning masks in the summer humidity and learning the process of snaking through spaced-out queues with what will probably result in longer-than-expected wait times, even with virtual queues.

Allowing all of its rivals to open first may help establish the tone for theme park buffs, but Disney is going to take a few extra steps that will make everything a bit more inconvenient. It's not as if the House of Mouse has a choice here. Its reputation has a longer way down to fall if it fumbles the restart after this historic shutdown.

Give this blue chip stock a chance to prove to you that it's got this under control. If it can pull off Stormtroopers and helium Mickey balloons in a free outdoor shopping mall, one can only imagine what it has up its sleeve to make visitors have more than horror stories to tell when they return home.