KFC, Pizza Hut, and Taco Bell will offer the Beyond Burger as a limited-time menu item.

Beyond Meat's (BYND -1.14%) Beyond Burger is making its debut in mainland China. Yum China (YUMC -0.27%) -- the country's largest restaurant operator and sole licensee of Kentucky Fried Chicken, Pizza Hut, and Taco Bell from former parent company Yum! Brands (YUM -0.29%) -- said it will debut the Beyond Burger in some of its stores starting June 3. 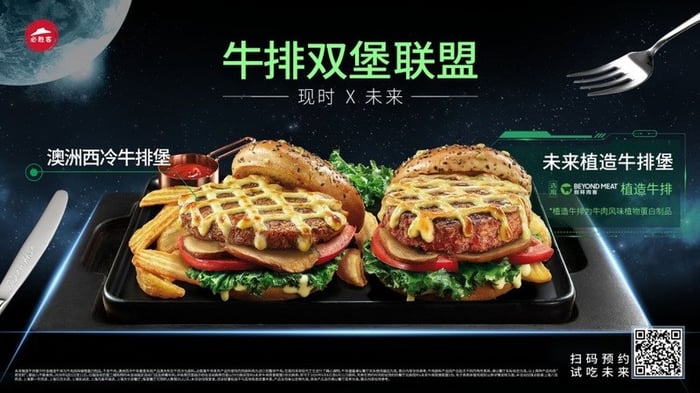 Plant-based protein has been picking up steam around the globe, and Yum China has been testing the waters at its stores. In December 2019, it ran a plant-based pork product at Taco Bell. And in April 2020 the company featured plant-based chicken nuggets at KFC -- which it sourced from consumer staples giant Cargill. The Chinese consumer seems to be ready for faux meat, as pre-sale vouchers for the nuggets available via the KFC app sold out in the first hour in Shanghai.

This could be a significant event for the fast-growing Beyond Meat. It already inked a deal with Starbucks (SBUX -2.21%) to supply it with Beyond Beef for a few food items at its more than 4,000 stores in China. While Yum China is starting slow with beef replacement, CEO Joey Wat said her company sees big potential for plant-based products. Yum China operates more than 9,000 stores, so there is ample opportunity for Beyond Meat to grow if its product tests well. Having two of the largest Western-style restaurant brand operators as partners will certainly help its chances to establish itself on the other side of the Pacific.