Please ensure Javascript is enabled for purposes of website accessibility
Log In Help Join The Motley Fool
Free Article Join Over 1 Million Premium Members And Get More In-Depth Stock Guidance and Research
By David Butler – Updated Jun 1, 2020 at 8:28AM

June will be a test: Can the economy reopen without complications? The results will largely determine what stocks to watch.

Typically, the old adage "sell in May and go away" is pretty smart. The tumultuous downturn through early 2020 has changed that. June will be a month to sit and watch. A prolonged economic slump seems likely and could weigh heavily on investing strategy in the near future.

We've watched the market rally through the tail end of May, but the strength of that rally is dependent on many factors. Second quarter earnings are expected to paint a more complete picture of the pandemic's financial burden to companies -- but most businesses won't report until the mid part of July. To determine our investing strategies in the meantime, we must be watchful of the economic influences that provide signals of what's to come this summer. 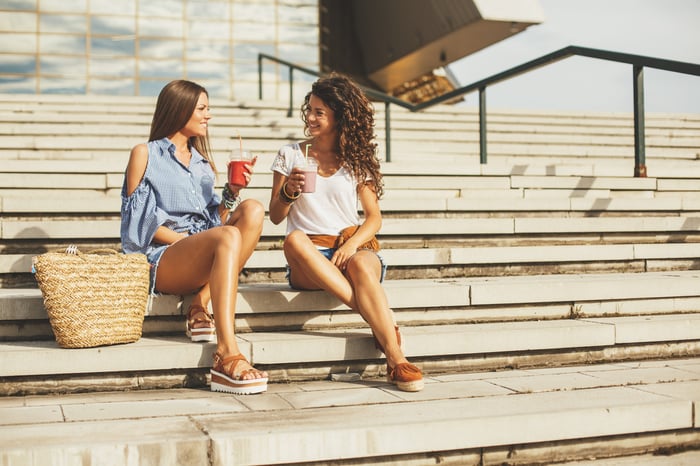 While it might not be an economic figure, the response of coronavirus and subsequent COVID-19 to the reopening of many businesses and travel will be the most significant indicator of what's coming for stocks. If cases take off, and that looming "second wave" does occur, many sectors such as transportation could be hit all over again. Restaurants, theme parks, and retail would all see a prolonged headache.

June is going to be a big month in terms of seeing where things stand. If reopening doesn't correlate to a rise in cases, the stock market could find an extra boost as investors relax. More importantly, the economy as a whole might be a little more robust in its recovery.

While the fifth of June might be a little early to expect indications of normalcy in the labor market, it's something to watch. There is real potential for many forcibly-streamlined companies to not hire back their full pre-pandemic staffs. The implications of this go both ways: On one hand, you could have publicly traded companies with lower salary expenses that carries into higher profits. On the other hand, increased unemployment will put a damper on consumer spending, and companies rely on consumer spending to thrive.

May numbers for consumer spending on June 26

2 Stocks to Keep an Eye On

Dependent on how the above-mentioned economic events go, these are some stocks to watch.

I know, airlines are almost toxic. Nevertheless, people have to fly! It's that simple. You can only do so many Zoom meetings. If COVID-19 cases don't skyrocket, domestic air travel is going to be hard to hold back. The trick here is picking an airline that can withstand the carnage and perform well over the long haul. Why do I pick Southwest Airlines? Because the airliner is mostly U.S. based and has the balance sheet to stay alive.

As airlines begin moving people on a larger scale again, one has to imagine that domestic flights will be a little more popular than international travel. Southwest does very well here at home.

First quarter results predictably included a $94 million loss, but the company finished the quarter with $5.5 billion in cash and short-term investments. While the pain is most certainly not over, that capital should keep the airline in good standing. Southwest was proactive about cutting operating expenses in the first quarter by 6.5% year over year. While guidance for the year basically amounted to "we can't possibly know," the earnings release did provide a very simple expectation that May revenues would potentially decline by 95% compared to a year ago.

The most striking, if not obvious, thing to take away from these results was the expectation that the second quarter would be much harder hit than the first.

I like Southwest for the longer story. The airliner has been consistent over the last five years in growing its top-line revenues and delivering a strong bottom line for shareholders. Assuming we can get back in business, Southwest seems like the safe play.

In a time when so many stores were forced to close, Walmart kept rolling. Fiscal 2020 first quarter revenues experienced an 8.6% increase year over year to $134.6 billion. Operating income jumped 5.6% to $5.22 billion, while net earnings per diluted share grew 5.3% to $1.40. The retail juggernaut has just under $15 billion in cash on hand, so there's ammo for pretty much anything.

While I avoid eCommerce like the plague, it's becoming pretty darn essential to retailers. Walmart's U.S. online sales grew 74% in the first quarter. There's a reason the stock has outperformed the market over the last three months: Its storefronts have remained open, and shoppers still need groceries. Free cash flow got a nice $3.9 billion boost to $5.3 billion, and I see no reason for consumers to stop going to Walmart.

I see this shutdown as a giant boost for the large retailers. Many smaller players will to struggle to survive the sudden shockwave, opening room for names like Walmart to gobble up market share.

One Stock That Can Fall Apart Tomorrow

Zoom stock has been on an awesome ride from February until now. For the daring geniuses that thought to hop on the virtual meeting game just as we all got locked inside, congratulations. To those that missed the trip, now is not the time to chase it.

Zoom is creating incredible year-over-year revenue growth with a roughly 100% increase from 2019 to $623 million. The catch? Zoom made a grand total of $0.09 per share last year. That would give this software company a trailing P/E ratio of 1,994. The consensus seems to be that first quarter earnings will be around $0.09 per share. Clearly that puts Zoom on a big path upward from 2019, but it doesn't justify the stock price. Zoom Communications would need to make $3.00 per share in full year earnings to earn a P/E of 60. Think about that.

Over the long run, this is a company with incredible growth potential. As long as they remain competitive against rivals, the service has huge ramifications for use in international business as well as state to state. Heck, a banker in New York could skip the rush hour and Zoom a client across town. It won't replace everything. The value of in-person negotiations can never be overstated, but it certainly offers a lot of value.

Unless we are suddenly plunged into a second shutdown, the current pricing of Zoom stock just has way too much baked in. Speculation has taken hold of this one, creating potential for a big bubble if expectations aren't realized.