Please ensure Javascript is enabled for purposes of website accessibility
Log In Help Join The Motley Fool
Free Article Join Over 1 Million Premium Members And Get More In-Depth Stock Guidance and Research
By Will Ebiefung - Jun 2, 2020 at 12:39PM

Lower-priced stocks tend to have smaller market caps and generally present a better opportunity to get in early on a company's long-term growth. These stocks also appeal to investors who don't have hundreds or thousands of dollars readily available to buy into the stock market.

There are plenty of options out there to find potential investments trading at a lower price, but it's harder to find great companies trading so low. Here is a list of 3 top stocks currently trading under $10 a share. These companies probably won't stay cheap forever because of their growth potential and some compelling business models.

The first pick is Sirius XM (SIRI -0.37%), a Warren Buffett-backed bet on satellite radio. The second pick is Jumia (JMIA -1.20%), a high-risk/high-reward e-commerce company based in Africa. And the third pick is Zynga (ZNGA), an investment in the coronavirus-resistant mobile gaming industry. Let's learn a bit more about these low-priced investment options. 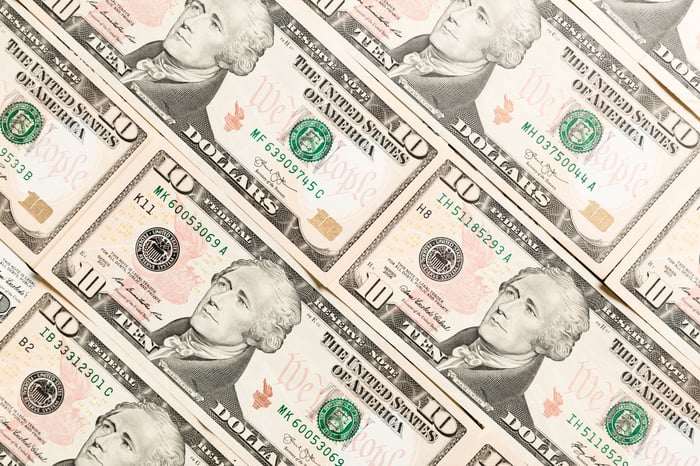 Warren Buffett is arguably the most successful investor of all time, so when he owns a particular stock, it often pays to find out why. His company, Berkshire Hathaway, initiated most of its Sirius position in late 2016. The company fits well into Buffett's investment strategy because of its strong moat, relatively simple business model, and positive cash flow.

Sirius' first-quarter sales grew 12% year over year from $1.74 billion to $1.95 billion. And this growth was partially driven by the company's rapidly expanding advertising segment, which surged 36% from $209 million in 2019 to $285 million today. Sirius' bottom-line performance is also good, with net income rising 81% year over year from $162 million to $293 million.

Sirius isn't done making strategic investments. In February, the company invested $75 million into SoundCloud, one of the largest open audio platforms in the world. SoundCloud is important to Sirius because it is an ecosystem where new artists build their fanbases. The investment follows an advertising deal between SoundCloud and Pandora that allows advertisers to purchase SoundCloud ads directly from Pandora, and it may lead to further collaboration in the future.

There are emerging markets, and then there are frontier markets -- Jumia operates in the latter category. The company runs an Africa-focused e-commerce platform, along with a fintech service called JumiaPay. Jumia's stock has performed poorly since its April 2019 IPO, with share prices falling 68% from $14.50 to $4.60. But the battered company looks set for a long-term rebound because of its massive addressable market.

The African e-commerce market is projected to grow at a compound annual growth rate (CAGR) of around 17% until 2024, and this expansion will be driven by rising internet penetration on the continent. As much as 50% of internet users in South Africa and Nigeria purchase goods online, and as the internet becomes more accessible in these regions, e-commerce sales could potentially skyrocket.

Big American tech companies like Facebook and Alphabet's Google are working to make this vision a reality and, as a side effect, helping to grow Jumia's potential user market.

Facebook has recently partnered with several top telecom companies to build a $1 billion subsea cable called 2Africa that will link 16 African countries to Europe and the Middle East by 2023 or 2024. Google, in turn, is building its own private cable called Equiano that will run from Portugal to South Africa, with the first stage set to go live in 2021. These projects will dramatically increase internet speeds and connectivity in Africa while also driving down bandwidth costs, which is extremely bullish for Africa-focused tech companies like Jumia.

Jumia reported first-quarter earnings on May 13, and the results were a mixed bag. E-commerce orders grew 28% from 5 million to 6.4 million, while JumiaPay fintech transactions increased by 77% from 1.3 million to 2.3 million. However, total revenue fell 6.9% from 31.4 million euros to 29.3 million euros ($32.21 million) due to a decline in first-party sales (products marketed and sold by Jumia itself) and lower merchandise values on third party sales.

Mobile gaming is more popular than ever. And according to reports from market research firm App Annie, the segment is set to widen its lead over console and PC gaming in 2020 (partially due to the effects of lockdowns and travel restrictions to slow the spread of COVID-19). Zynga is a great way to bet on the long-term success of mobile gaming because of its breakneck revenue growth and valuable intellectual properties.

Zynga is known for popular games like Farmville, Zynga Poker, and Words with Friends. These titles helped the company grow its first-quarter revenue by 52% from $265.4 million to $403.77 million while EBITDA went from an $18.55 million loss to a $68.46 million gain year over year.

Zynga is also driving revenue growth through new game launches and acquisitions. The company acquired Gram Games for $250 million in May 2018 and 80% of Small Giant Games for $560 million in January 2019. The company also launched a new game, Harry Potter: Puzzles & Spells which is progressing well in test markets.