Please ensure Javascript is enabled for purposes of website accessibility
Log In Help Join The Motley Fool
Free Article Join Over 1 Million Premium Members And Get More In-Depth Stock Guidance and Research
By Jon Quast – Jun 2, 2020 at 10:15AM

Even a company that sells the most-popular hardware in its niche would do well to add sources of recurring revenue to the mix.

Shares of iRobot (IRBT -1.05%) are up by more than 40% in 2020. However, it's only reaching heights it originally attained in the first half of 2017 and more than 40% below its peak of April 2019, so while it's a recent overachiever, it has been a longer-term underperformer.

iRobot is very good at what it does. However, I believe there's one big change this company must make to ensure market-beating returns over the next decade: It must invest in recurring revenue streams. Fortunately, it's management already agrees with that assessment.

Here's why iRobot's recurring revenue may make all the difference in how this investment performs from here. 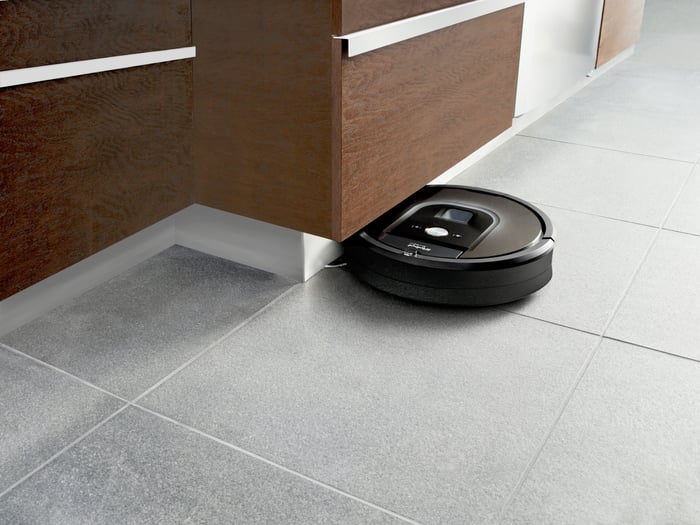 The company generates all of its revenue by selling consumer robots. Its main two product categories are autonomous vacuum cleaners (Roomba) and autonomous mops (Braava), and they are unquestionably popular. Since its first Roomba product launch in 2002, the company has sold more than 30 million consumer robots.

Indeed, in its niche, it's the market-share leader around the world. In the U.S. -- where roughly half of its 2019 revenue was generated -- the Roomba has an 82% market share in the autonomous vacuum cleaner segment. Worldwide (excluding China) it took 67% of the market. And the upcoming launch of its autonomous lawnmower could give the company a meaningful third product category.

I believe the iRobot Terra robot mower will prove to be a hit with consumers, due to its ease of setup. Other autonomous lawnmowers require a guidewire to keep them cutting where they are supposed to. By contrast, the Terra will leverage the company's mapping technology and work without a wire, eliminating a pain point for potential buyers. However, the Terra's launch has been delayed until 2021 because of the coronavirus.

The problem with hardware

Hardware sales are one-time sales. To grow in that space, a company must constantly sell more devices to more people, and update its product lines in meaningful enough ways to convince previous customers to upgrade. As a business model, it's a hamster wheel.

Complicating matters further, if the competition is good enough to generally match an innovator's offerings, it can set off a price war. Ultimately, a once-unique hardware product can become commoditized, eroding profit margins.

The stock market is full of examples of companies that transitioned from a focus on hardware sales to a recurring-revenue model. Consider Apple. While its hardware sales were impacted in the second quarter because of COVID-19, its service revenue (music, cloud, etc.) grew 17% year over year -- and that segment now accounts for around a quarter of its total revenue.

Axon Enterprise took a similar path. It shifted from just selling Taser electroshock weapons to selling body cameras, and then offering a host of record-keeping and evidence management software services to law enforcement agencies. Recurring revenue now makes up 71% of Axon's total. More recently, Peloton has been demonstrating why it's the real deal. Though it is best known for its high-end exercise equipment, more than 90% of its costumers turn into monthly subscribers to its virtual fitness class services.

Don't get me wrong, there's money to made in hardware sales. In 2019, iRobot earned $85 million in net income from revenue of $1.2 billion. And it currently has $264 million in cash on its books with no long-term debt. iRobot is a financial success. But it would be even better if it were more than just a consumer-discretionary hardware company. 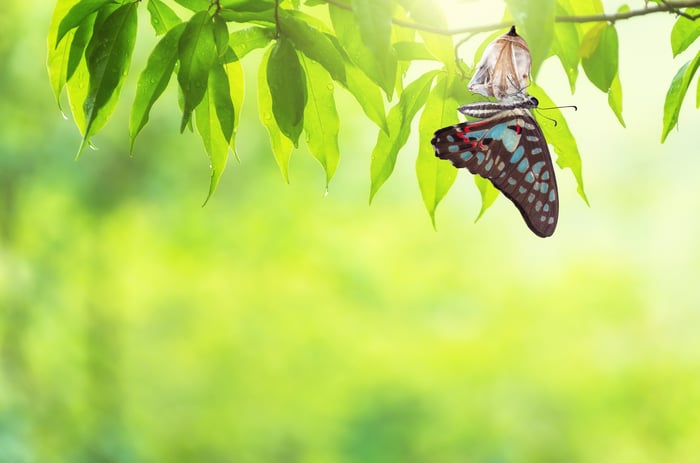 "We see exciting potential for us to make broader -- a broader range of products and services available to our user community and generate highly profitable recurring revenue streams in the process," said CEO Colin Angle during iRobot's first-quarter earnings call. To facilitate this shift, the company announced $30 million in spending cuts for the remainder of 2020, including a 5% reduction in its workforce. Per management's explanation, this will realign spending to turn iRobot into something more than just a hardware company.

Among its plans, the company will be putting resources into direct-to-consumer sales. "Those investments will also enable us to create new higher margin, recurring revenue streams as we provide customers with new options for purchasing our products and accessories such as subscriptions and leasing programs," Angle said.

iRobot would be a better company if it could create an ongoing subscription software service integrated with its hardware products. I don't pretend to know what that would look like, but I expect it would improve its business as similar moves have for other hardware companies. So I'm holding out hope that when Angle talked of a broader range of "services," he meant something more than just financing.