The first of Central Florida's major theme parks to reopen was back in business on Monday, and I was there. In fact, I was among what appeared to be no more than 150 to 200 guests at the gate of Merlin Entertainment's (MERL) Legoland Florida when the turnstiles were unlocked for the first time since mid-March.

A pair of high-energy emcees on a raised platform above the park entrance did their best to pump up the light crowd, offering up music-backed safeguarding tips including sign reading, hand washing, and social distancing set as dance moves for younger park guests to follow.

Opening on a Monday instead of a weekend is all about the ramp-up process. It was never going to be a show of patron force. However, with Legoland Florida also introducing a new pirate-themed on-site hotel on Monday -- and the state going 78 days without an open theme park -- the lukewarm turnout was surprising. What if Central Florida's theme parks threw a relaunching party and nobody came? 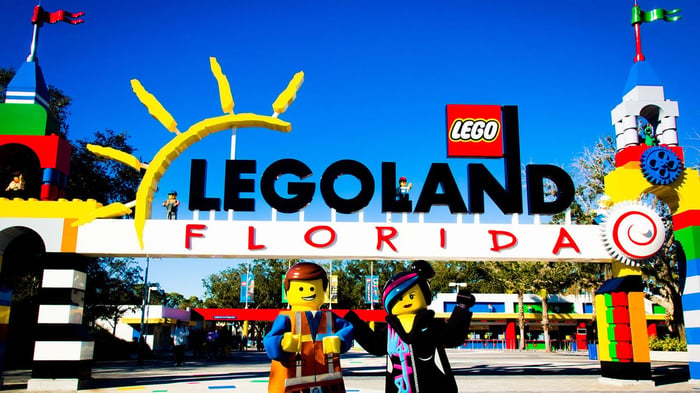 The crowds will inevitably be bigger when Comcast's (CMCSA -3.62%) Universal Orlando opens later this week. SeaWorld Entertainment (SEAS -1.49%) should also have no problem drawing a crowd when it restarts its gated attractions in Orlando and Tampa next week. Things will naturally be running at a markedly higher level when Disney (DIS -3.20%) becomes the last operator in Florida to greet theme park guests next month. But it will still be a rough financial start for all of the state's major players.

For the first couple of operating hours on Monday, it felt like Legoland Florida employees outnumbered the guests. The first wave of visitors also consisted largely of journalists, bloggers, and annual passholder families coping with cabin fever -- not exactly the hotbed of in-park spending that these attractions will need in the coming months to justify opening at all. The journalists, bloggers, and many of the families will be gone by Tuesday. There will be more people at the reopening events at Universal Orlando, SeaWorld Orlando, and Disney World, but it will take a long time before they are running profitably again.

Legoland Florida was spacing guests apart in queues with floor markers. Several seats were also left intentionally empty between riders on the park's three coasters and other attractions that typically carry several families per vehicle. The social distancing capacity cuts weren't a problem on Monday with the limited supply tipping its hat to the limited demand. Things will likely play out differently this weekend at Legoland Florida, and the crowd management situation will get hairier at the parks run by Comcast, SeaWorld Entertainment, and Disney.

There will be fewer overall guests at the parks this summer. Out-of-town visitors are generally being discouraged from heading out this summer, particularly at Disney World which has temporarily stopped selling tickets and accepting hotel and dining reservations. Theme park operators realize that there will be a lot of customer satisfaction issues to tackle with the new normal, and initially reducing park capacity was going to happen even if it wasn't mandated by local and state officials.

This isn't going to be a summer to remember for the industry. All but Legoland Florida are requiring face coverings, and the protective masks are no fun in the Florida heat and humidity. However, for all of the social media discord over the mask-wearing requirements -- and it can get as heated as a Central Florida summer -- it's not as if those who disagree with the face coverings stipulation descended onto Legoland Florida on Monday. Smaller regional attractions including Gatorland Florida and Orlando's Fun Spot America that recommend but don't require face coverings haven't exactly been hotbeds of activity since they opened in late May.

Larger operators may view this as a sign that requiring face coverings won't be a deal breaker, but in reality it could be that the whole Central Florida theme park scene could be a deal breaker this summer. With overall experiences scaled back, this isn't going to be much of a peak summer travel season for theme park companies and regional amusement park operators.

We also can't forget that pockets are being emptied before folks ride the thrill rides that would empty them anyway. With the country and economy in a state of flux, the inevitable recession will keep even more people away. If there's a way that the Legoland Florida emcees can find a way to incorporate a wallet-opening dance move into the park-opening routine, that would be great.