Pick a reason, any reason -- there are at least two.

Reason No. 1: As Barron's pointed out this morning, the long-awaited rebound in air travel appears to be happening a bit sooner than expected, with American Airlines (AAL 3.91%) reporting that the number of passengers aboard flights in May grew 71% sequentially off of April, and that the airline is hoping to regrow its grounded capacity to about 55% of what it could fly domestically by July.

International flights should be back to 20% of normal as well, by July. 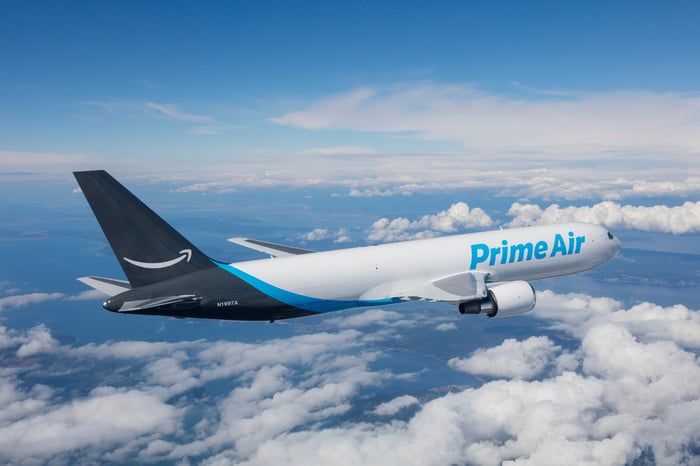 That's the headline that's probably getting the most attention today. After all, the more airlines fly, the more they'll need to service their airplanes, which is good news for Boeing's $18.5 billion Global Services business (24% of total revenue, according to data from S&P Global Market Intelligence). The more flights they fly, too, and the faster they resume flying them, the sooner airlines will need to buy replacement and expansion airplanes from Boeing.

But there's another reason to be optimistic about Boeing right now. Yesterday, Amazon.com (AMZN 3.15%) announced that in order to support all the new business it's been getting since coronavirus arrived on the scene, it will need to lease 12 additional Boeing 767-300 freighter aircraft from Air Transport Services Group (ATSG 1.50%). And Amazon is also opening three new air hubs to support its growing fleet.

That's good news for Amazon's business, which is booming -- and it should be good news for Boeing, which builds the airplanes that are helping Amazon grow.