Please ensure Javascript is enabled for purposes of website accessibility
Log In Help Join The Motley Fool
Free Article Join Over 1 Million Premium Members And Get More In-Depth Stock Guidance and Research
By George Budwell – Jun 8, 2020 at 10:30AM

The biotech continued its winning ways.

Adaptimmune Therapeutics (ADAP -7.83%), a clinical-stage biotech, saw its shares gain an astounding 230% over the month of May, according to data from S&P Global Market Intelligence. The biotech's shares took flight late last month following a presentation at the American Society for Clinical Oncology annual meeting highlighting the progress of its specific peptide enhanced affinity receptor (SPEAR) T-cell platform in solid tumors.

What appears to have gotten investors truly excited was the news that Adaptimmune's most advanced clinical candidate, ADP-A2M4, reportedly produced durable responses in patients with synovial sarcoma. That's important because the company plans to use the therapy's ongoing trial as the basis for an accelerated regulatory filing, perhaps as soon as next year. 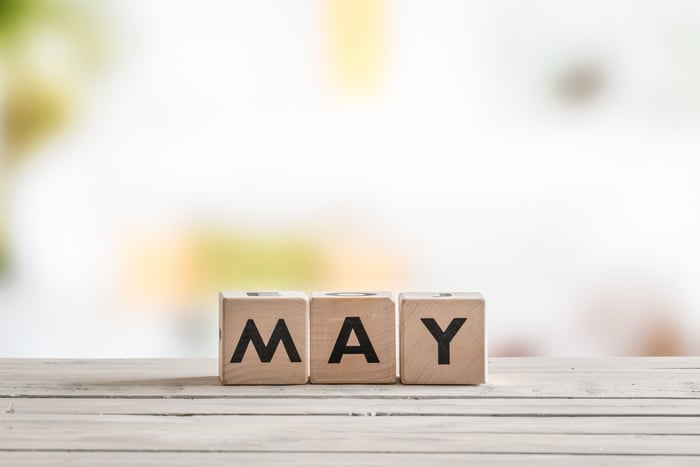 Adaptimmune's overarching goal, in effect, is to launch ADP-A2M4 as a novel treatment for synovial sarcoma by 2022. The company's timeline is aggressive, to be sure. But this positive early-stage data suggests that an accelerated regulatory filing may indeed be a real possibility.

On the heels of this latest surge in its share price, Adaptimmune wisely decided to pull the trigger on a sizable public offering earlier this month. Specifically, the drugmaker said that it expects to bank a whopping $242.8 million from this offering after deducting the underwriting discount and other offering expenses.

Adaptimmune, in turn, appears to have enough cash to advance ADP-A2M4 all the way to a regulatory decision. So the company should be done with large capital raises for the time being, which is definitely good news for shareholders. Public offerings, after all, tend to halt the upward momentum of pre-revenue biotech stocks like Adaptimmune.