Shares of Cisco Systems (NASDAQ:CSCO) gained 12.8% in May, according to data from S&P Global Market Intelligence. The stock rose in conjunction with momentum for the broader market, third-quarter earnings that beat expectations, and a new acquisition announced late in the month. 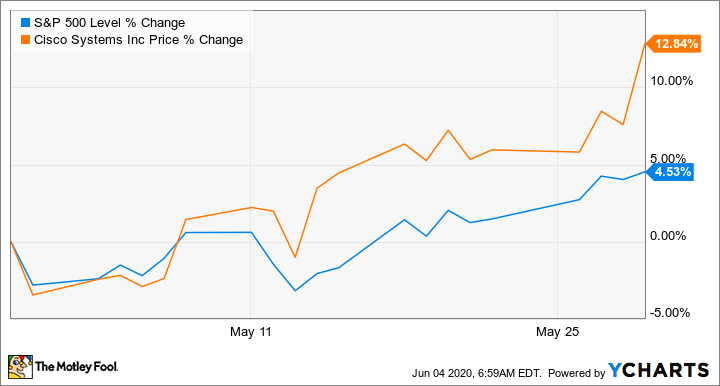 Cisco published third-quarter results on May 13, with sales and earnings for the period coming in better than anticipated. Revenue for the period declined 8% year over year to land at $11.98 billion, and adjusted earnings per share climbed 1% year over year to hit $0.79. The average analyst estimate, as polled by Refinitiv, had called for EPS of $0.69 on sales of $11.7 billion. 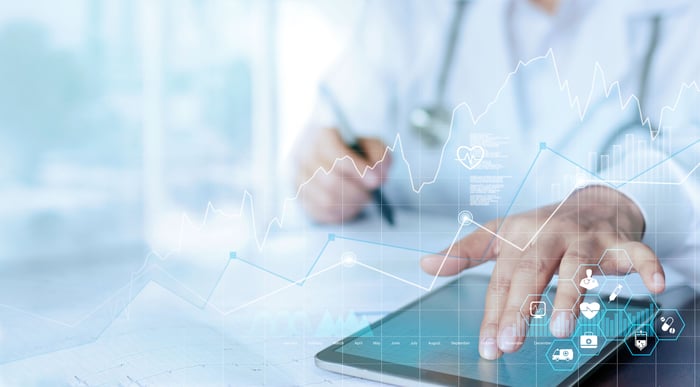 First-quarter sales for Cisco's infrastructure platforms segment declined 15% year over year to come in at $6.43 billion. Applications revenue declined 5% year over year to $1.36 billion, but security revenue climbed 6% to $776 million. The company continued to make progress transitioning its software products to a subscription-based model. Subscriptions accounted for 74% of total software revenue in the quarter, up from 65% in the prior-year quarter.

Cisco published a press release on May 27 announcing that its plans to acquire ThousandEyes, a private company that provides software for monitoring and analyzing digital delivery of applications and services across networks. The acquisition is expected to close before the end of Q1 in Cisco's next fiscal year.

Cisco stock is roughly flat in June's trading despite big gains for the broader market. 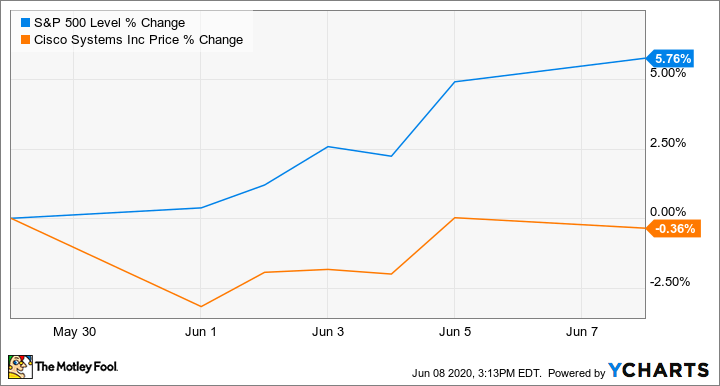 The company is guiding for adjusted EPS between $0.72 and $0.74 in the fourth quarter, representing a 12% decline year over year. It expects revenue to decline between 8.5% and 11.5% year over year in the period.

Cisco trades at roughly 15 times this year's expected earnings and has a dividend yield of 3%.