Please ensure Javascript is enabled for purposes of website accessibility
Log In Help Join The Motley Fool
Free Article Join Over 1 Million Premium Members And Get More In-Depth Stock Guidance and Research
By Stephen Lovely - Jun 11, 2020 at 10:59AM

HBO Max is live, but not on major platforms like Roku and Amazon. That has investors wondering what's going on.

It was fair to wonder if HBO Max would launch on time. AT&T's (T 1.27%) new subscription video on-demand service went live in the midst of the COVID-19 pandemic, which has delayed other streaming launches, such as Disney's (DIS 3.30%) rollout of Disney+ in France. But HBO Max arrived on time in late May.

Other hurdles remain. In fact, HBO Max's launch has so far been defined by its challenges. Most notably, HBO Max is still missing from major streaming platforms, including Amazon's (AMZN 2.07%) Fire TV and the Roku (ROKU 3.92%) platform. 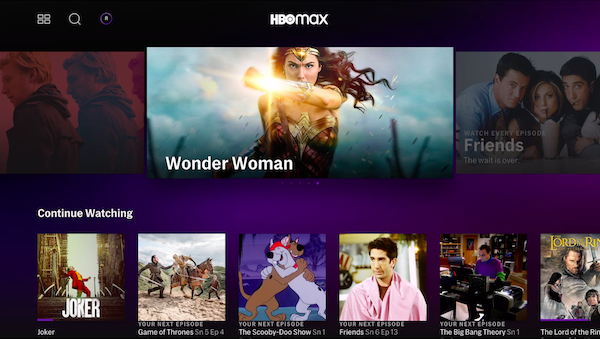 The $15 price tag doesn't apply to everyone, though. HBO Max is rolling out to certain customers for free. To get HBO Max "on the house," viewers must already subscribe to HBO through an AT&T service like AT&T TV or DirecTV.

Waiting at the platforms

HBO Max is available on iOS and Android devices, as well as on Apple TV. It works with Alphabet's Google's Chromecast, too. But beyond those, the service is severely limited in its reach. AT&T's on-time rollout helped its service get to AT&T mobile customers, but with a few exceptions, like the Apple TV, the service is not really reaching consumers who stream on their televisions.

That's because most people who stream content on their TVs use one of two platforms: Roku or Fire TV. Those two are the biggest connected TV platforms in the United States by far. Roku is the bigger of the two by most measures. Roku users account for almost 45% of all set-top box viewing time. Amazon's Fire TV is no slouch either; it has at times claimed more active users (experts tend to agree that Roku remains the more dominant platform, nonetheless). But we can leave the Amazon-versus-Roku debate for another day. In this case, it hardly matters whether Amazon is close to toppling Roku or not. HBO Max is not on either of them.

So what's going on? Presumably, HBO Max hasn't been able to come to an agreement on how much of its subscription revenue will go to its platform partners. If a customer signs up for a service on Roku, that customer pays through Roku's ecosystem, and a chunk of the money goes to Roku. It's a "platform tax," much like the one Apple is infamous for. But how much money goes to Roku (or Amazon) rather than to HBO Max is something those companies have to settle before the app goes live on each platform. (While we can't know exactly what's holding up the negotiations, it's a pretty safe bet that the money is at the heart of it.)

Ad revenue is at stake, too. Protocol has reported that ads are a major sticking point in HBO Max's negotiations with Amazon. Though HBO Max does not run ads, other AT&T services do -- and Amazon reportedly wants a cut. It's similarly true that negotiations between Roku and HBO Max don't have to happen in a vacuum, which is why some observers (including us at the Fool) wondered if AT&T TV Now's arrival on the platform heralded a solution on the HBO Max side. So far, it has not.

HBO Max representatives continue to insist publicly that HBO Max is committed to getting on as many platforms as possible. But it's striking to see the service go live without two major platforms. It's hard to imagine that HBO Max's side didn't work hard to keep this from happening, which suggests that the disagreements involved must be significant.

It's not just platforms that are at issue. HBO Max has also launched without key pieces of content.

The "Snyder Cut," an extended director's cut of DC blockbuster (and critical flop) Justice League, is one of the much-hyped movies that HBO Max has promised for subscribers, but it has become apparent that no such cut exists; director Zack Snyder will have to make it to order, and it's availability is still a long ways out.

Critics at outlets like The Verge have noted odd "holes" in the lineups of particular franchises. For example, HBO Max launched with every film from Peter Jackson's Lord of the Rings universe except, for some reason, the middle film of the Hobbit film trilogy.

What's in a launch?

The contrast between HBO Max's slow and quiet launch and Disney+'s big debut could not be greater. The platform-support issue is a big one; even Apple TV+ is available on Fire TV, despite the big tech rivalry involved. In other words, none of this is a good look for HBO Max.

But it remains to be seen how big of a deal it is for HBO Max to have a relatively quiet -- and undeniably partial -- rollout. Roku customers and Fire TV customers may not even be aware that HBO Max is out; when the service finally reaches those platforms, perhaps it will have the big breakout AT&T would surely love to see. For now, though, HBO Max is stuck with a limited audience and an emphasis on existing AT&T and HBO customers.