There's value in AVOD and Fox Corp. didn't want to miss out on the growth opportunity.

When Comcast's (CMCSA -3.62%) Fandango acquired Walmart's Vudu, it reinforced its presence in the digital media purchase and rental space. But, as we noted at the time, Fandango also got something else very important in the deal: Vudu's free ad-supported video on demand (AVOD) streaming service. In this aspect of the Fandango deal, we can see the pressure exerted by another deal: Fox Corporation's (FOX 0.46%) acquisition of Tubi.

Fox's deal to land Tubi wasn't officially closed until May, but it was announced in March and has helped set the tone for what has been a big year for AVOD services. Though Netflix and other subscription-video-on-demand (SVOD) services are the ones best known by customers, AVOD services occupy the thoughts of many an executive. 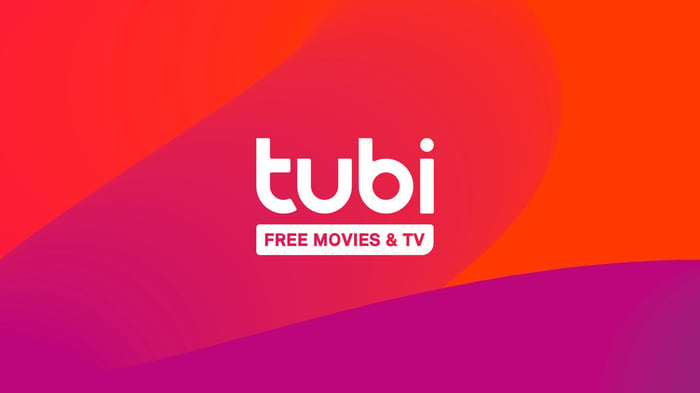 AVOD services are free, ad-supported alternatives to the popular subscription-based SVOD services. While Netflix makes money on subscriptions, services like Tubi make money by bringing in viewers and selling ad space in their streams. Some services, like Disney's Hulu, do a bit of both.

AVOD services are enjoying a moment in the sun for a few reasons. Chief among them is the fact that advertising is a big business, and traditional TV advertising is stuck on a sinking ship. Modern viewers are canceling cable and satellite programs and instead watching ad-free tech-industry alternatives like Netflix. Among viewers who still have legacy pay-TV services, there are many who use DVRs to record their programs and fast-forward through ads. These trends have been key to the increasingly prominent role that live sports play in pay-TV packages, but live sports programming can't keep pay TV afloat forever. Advertisers need other ways to reach consumers.

Of course, advertisers want to know that they're actually reaching those consumers. In that regard, AVOD services have been doing pretty well. The Tubi service claims to have 25 million active users and to have served up 163 million hours worth of content to those users in December of 2019. That's not an unheard-of amount of viewers -- Disney+ has about twice that in subscribers, and Netflix has far more -- but it's still quite a few people to reach with advertisements.

AVOD services also have the advantage of being able to offer ad buyers the ability to target ads. AVOD services offer "addressable" advertising, meaning that these services can show different ads within the same programs to different viewers. AVOD ads can be targeted based on user profiles and, in at least some cases, anonymized device profiles.

That makes advertising more efficient -- and ad spots more valuable. In a virtuous cycle, it also allows AVOD services to cut down their ad loads, making the free services more appealing to viewers and increasing the size of the audience for advertisers.

All of this helps explain why the AVOD market is growing fast. Between 2018 and 2020, AVOD revenue grew by 38%. Experts believe that revenue will only keep on growing, at least in the near term.

Why Fox had to act

A lot of companies have moved aggressively into AVOD in the past year or two. Roku (ROKU -0.67%) rolled out the Roku Channel on its streaming platform in 2017. Amazon launched a free service called IMDb Freedive (now IMDb TV) at the beginning of 2019. Comcast's forthcoming service Peacock has a free ad-supported option, and Comcast also owns Fandango, which acquired Vudu and its AVOD service, as mentioned above.

Until it acquired Tubi, Fox didn't have an AVOD solution on this scale. Nor did Fox have a particularly strong setup for getting videos from its many media properties to its viewers. Fox was too far behind the streaming revolution. It had its broadcast and pay-TV channels (including its sports channels), but it lacked both a strong streaming presence and -- perhaps more importantly -- an advertising platform that would allow the company to monetize content without help from pay-TV bundlers and other fast-sinking outsiders.

So Fox went big and acquired the biggest AVOD service on the market. Tubi had already passed competitors like Sony's Crackle, one of the oldest and best-known services in the AVOD space, to become the single largest AVOD service by both library size and active user base. By acquiring Tubi, Fox went from a non-player in streaming and AVOD to a major one.

Fox has big plans for Tubi. AVOD services are valuable on their own, but a streaming service like Tubi can also be built upon. Roku is now turning the Roku Channel into a hub for premium subscription services, which is also how Apple's Apple TV app (an AVOD service with an SVOD service, Apple TV+, attached) works. NBCUniversal's Peacock includes a premium subscription option as well as an AVOD side. ViacomCBS acquired Pluto TV late last year in a move reminiscent of the Fox-Tubi deal; the company is now using its service to grow its previously meager footprint in streaming.

In other words, there are lots of ways to make AVOD just the beginning of a streaming media presence. Fox will reportedly do so by adding old Fox shows to the platform and expanding the streaming service's mission to include national and local news streaming. Original content is not in the picture, though, at least not yet.

Fox had to act because it needed a streaming future. It needed a way to make the kind of money that Amazon, Roku, and others have wrung from their AVOD platforms. And Fox needed to make sure that it was the one to buy Tubi, lest it be left with slimmer pickings, like the Vudu service that Fandango got. There's precious little space left in AVOD now, but Fox doesn't have to worry about that -- not anymore.