The ridesharing giant lost out in its bid for Grubhub.

Shares of Uber Technologies (UBER -2.66%) took a dive today as the ridesharing giant fell alongside the broader market sell-off and as it lost in its bid to acquire Grubhub (GRUB), which instead agreed to sell itself to Just Eat Takeaway.com (AMS: TKWY). 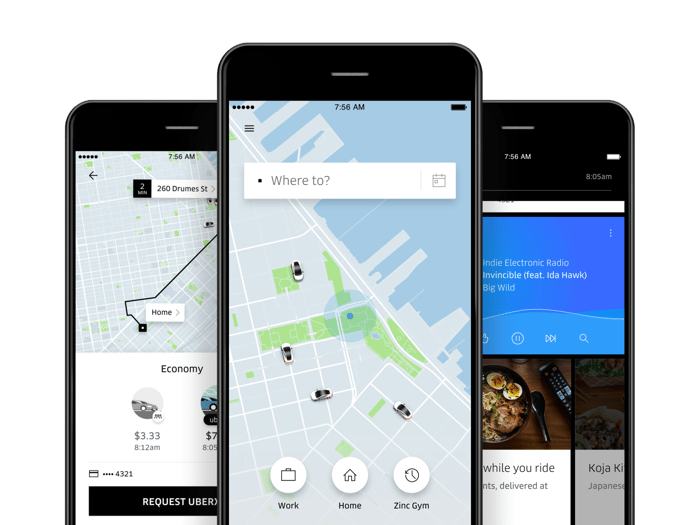 Grubhub revealed late Wednesday that it would sell itself to the European food delivery company Just Eat Takeaway.com in all-stock deal. The transaction initially valued Grubhub at $7.3 billion, more than Uber had offered, but shares of Just Eat Takeaway.com fell sharply after the acquisition was made public, lowering the value of Grubhub in the deal as well.

When news first broke in May that Uber was pursuing an acquisition of Grubhub, shares of both companies rose as investors believed that a takeover would help improve Uber Eats' profitability and better position it to battle with DoorDash, the U.S. leader in market share. Now, instead of becoming the biggest app-based food delivery company in the U.S., Uber is stuck on the outside looking in as Grubhub will gain deeper pockets by becoming a subsidiary of Just Eat Takeaway.com.

Separately, concerns about another wave of COVID-19 infections rattled the market as the S&P 500 sank 5.9% on the day. Uber's core ride-hailing business has been badly damaged by the pandemic as rides fell 80% in April globally and have only slowly recovered since then. Renewed safety concerns would only hamper the business' comeback.

Also, Uber took a step back in its battle with California to classify its drivers as contractors as a state agency ruled that they were employees, dealing Uber another regulatory setback.

Prior to today's pullback, Uber shares had nearly tripled from the bottom they hit in March during the market crash. Though its loss in the Grubhub deal represents a setback to the company, the greater issue right now may be the pandemic and its extended threat to the core ridesharing business. Uber Eats is merely in the same position it was last week, but the rides business desperately needs the economy to normalize so riders will return. Without that, Uber will continue to lose hundreds of millions of dollars each quarter.