Weak demand for Caterpillar's equipment continued into May, and Microsoft's decision on facial recognition software irked the president.

After a rough Thursday for the Dow Jones Industrial Average (^DJI -1.71%), the index attempted to stage a rebound on Friday. The Dow was up about 2% by noon EDT after some fluctuations earlier in the day.

While the U.S. economy is slowly recovering as lockdown measures are eased, cases of COVID-19 have begun increasing in various states. The city of Houston is considering a new stay-at-home order, and North Carolina's health secretary warned that a return to stay-at-home orders is possible if the situation with the virus gets out of control. Further measures to slow the spread of the virus would likely put a lid on the economic recovery.

Shares of Caterpillar (CAT -1.10%) and Microsoft (MSFT -1.94%) were up on Friday despite not-so-great news for both companies. Caterpillar reported abysmal May retail sales numbers, while Microsoft's decision to ban sales of facial recognition software to police departments got the attention of President Donald Trump. 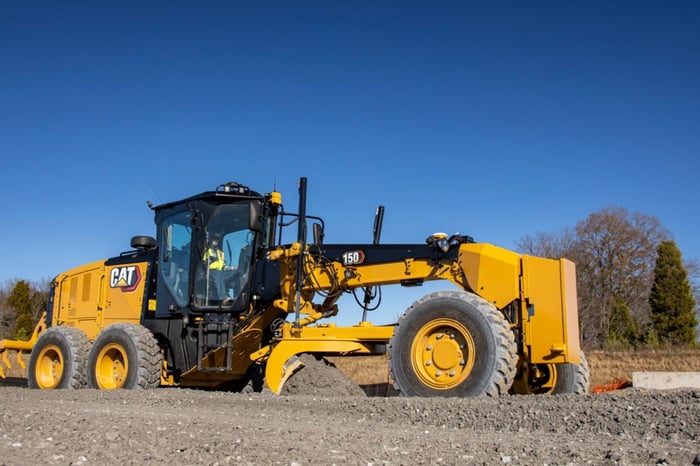 Heavy-machinery manufacturer Caterpillar did not see a sales rebound in May. In a filing with the SEC on Friday, the company reported rolling-three-month retail sales figures that painted of picture of persistently weak demand.

Globally, total machine retail sales were down 23% in the three-month period ending in May, worse than a 22% decline for the April period and a 17% decline for the March period. There was an improvement in the Asia-Pacific region, with sales down just 1%, but sales trends in North America and Latin America worsened.

While demand for Caterpillar's products remains depressed, the company continues to pay a dividend. The company announced on June 10 it was maintaining its quarterly dividend of $1.03 per share, payable on August 20 to shareholders of record on July 20. However, the company has postponed a decision on increasing the dividend until later this year due to the pandemic. Caterpillar has raised its dividend annually for 26 consecutive years.

Despite the weak numbers, shares of Caterpillar were up about 1.1% by late Friday morning. The stock tumbled on Thursday along with the broader market, putting an end to a month-long rally. Caterpillar stock is now about 19% below its 52-week high.

Following a decision by International Business Machines to exit the facial recognition business due to ethical concerns earlier this week, other big tech companies have now taken similar steps. Amazon has placed a one-year moratorium on police use of its Rekognition image and video analysis software, and Microsoft has banned sales of its facial recognition technology to police until federal regulations are passed.

It was Microsoft's announcement that caught the attention of President Donald Trump. On Friday, Trump retweeted a post from Richard Grenell, his former director of national intelligence, that argued Microsoft should be barred from federal government contracts for refusing to sell technology to police departments.

The most noteworthy government contract for Microsoft is the JEDI cloud computing contract, a 10-year deal with the U.S. Department of Defense worth as much as $10 billion. Microsoft scored the win last year, beating out cloud infrastructure market leader Amazon. Amazon has been fighting that decision, arguing that Trump improperly influenced the process.

It doesn't seem likely that Microsoft will see any real consequences for its facial recognition ban, given that two of its competitors in cloud computing have already taken similar steps. Microsoft stock was up 2% by early Friday afternoon.

These 2 Winners Shot the Stock Market Through Dow 35,000