Please ensure Javascript is enabled for purposes of website accessibility
Log In Help Join The Motley Fool
Free Article Join Over 1 Million Premium Members And Get More In-Depth Stock Guidance and Research
By David Butler – Jun 12, 2020 at 8:57AM

Disney has been an incredible investment through time. An IPO investor who still had the shares would have made a genuine fortune.

The Walt Disney Company (DIS -1.39%) has been a gem over the years. The company has a seemingly unstoppable ability to dominate every facet of the entertainment industry. Walt Disney would probably be astounded at the technological leaps that have provided Disney with new areas of growth these days. Even in the wake of the COVID-19 pandemic that shut down its theme parks and shuttered movie theaters, Disney stock carries appeal. Now swinging big in the streaming industry, Disney is pressing into the newest area of consumer entertainment.

So if you had been able to invest in this timeless enterprise back when Disney took it public, just how much would you have today? The answer is pretty staggering. 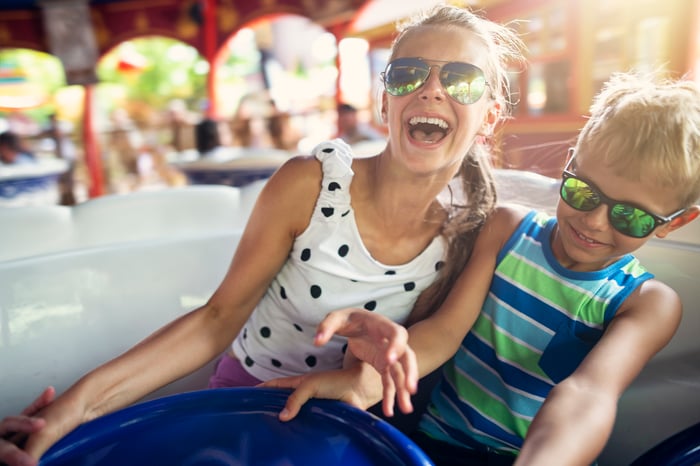 Disney's IPO pricing for the original OTC stock was $5 per share back in 1946. Investing $5,000 would have netted you 1,000 shares of the company. The important thing to take into account here is that the stock has split multiple times through its existence. With seven splits in total from that initial offering, an initial purchase of 1,000 shares would have become 768,000 shares today.

Keep in mind, however, that this was based on Disney's original OTC stock. Its IPO for the NYSE occurred on Nov. 12, 1957, with an initial price of $13.88. That IPO was led by Goldman Sachs.

These days, we're watching the major entertainment names like Disney try their hands at producing increasingly popular streaming content. Disney's acquisitions of Twenty-First Century Fox, along with Hulu, have positioned it to be very competitive in that market. With Disney+ bringing in more than 50 million subscribers in just the first five months, streaming has also been a key lever for Disney at a time when its traditional businesses, such as theme parks, have been severely threatened by the COVID-19 outbreak.

Even after a rally, the stock is down around 20% for the year. Theme parks are scheduled to cautiously reopen in July, but investors are going to be watching closely for signs of a second wave of COVID-19 before Disney can really find its footing. Any setbacks in the reopening of the economy could create a big headache for the physical side of the company's business. Unemployment will play a factor here as well, as the propensity for people to spend on things like theme park visits will likely be low when people aren't working.

With Disney, it pays to look at the big picture through time. Yes, 2020 is not a year for the record books -- at least not in a good way. For the next decade, though, Disney still seems well-positioned. Online content is going to be the battleground in the entertainment industry; there's no getting around that. Disney has prepared itself well through acquiring strong assets and building out its own Disney+ service. Once theme park gates reopen and the company can get back to the box office, the puzzle should all fit together nicely for this blue-chip stock.