Please ensure Javascript is enabled for purposes of website accessibility
Log In Help Join The Motley Fool
Free Article Join Over 1 Million Premium Members And Get More In-Depth Stock Guidance and Research
By Keith Speights – Jun 14, 2020 at 7:03AM

Treating COVID-19 is great. But the real game-changer for Gilead could be in curing HIV.

Most of the buzz over Gilead Sciences (GILD -0.76%) in recent months has centered on its antiviral drug remdesivir. That's understandable, considering that the drug is currently the most promising therapy targeting COVID-19.

Gilead has also been in headlines over the past week after reports surfaced that big pharmaceutical company AstraZeneca was interested in acquiring the biotech. The possibility of a deal, though, seems to have evaporated now.

But while these are the stories that have kept Gilead at the forefront of investors' attention for now, there's another one that could be the real game-changer for the biotech in the not-too-distant future. Could Gilead Sciences have an HIV cure waiting in the wings? 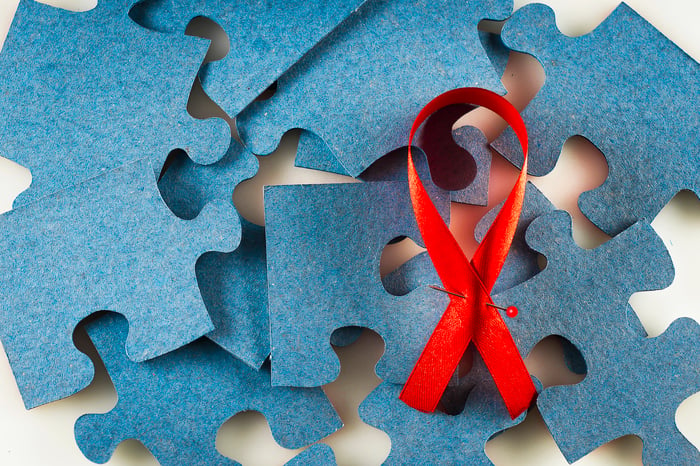 Gilead's longtime goal has been to develop a cure for HIV. And now the biotech doesn't just have one pipeline candidate in clinical testing that could achieve that goal -- it has four.

In January, Gilead licensed a portfolio of broadly neutralizing antibodies (bNAbs) developed by The Rockefeller University. Two of these bNAbs, GS-5423 and GS-2872, are being evaluated in phase 2 testing for treating, preventing, and potentially curing HIV. However, Gilead isn't conducting the clinical studies on its own but is collaborating with Rockefeller.

The big biotech is also evaluating two other potential HIV cures in phase 1 clinical studies. Elipovimab (GS-9722) is a first-in-class bNAb for targeted elimination of HIV-infected cells. Vesatolimod (GS-9620) is a toll-like receptor 7 (TLR7) agonist that has demonstrated potential for curing rhesus monkeys infected with HIV in preclinical testing.

Gilead presented results from a phase 1b study of vesatolimod in March. The drug achieved only modest increased time for recurrence of HIV (known as viral rebound) compared to placebo, which didn't come close to being a cure.

However, as was the case in developing effective HIV treatments, there's likely a greater possibility that combination approaches offer the greatest chance at curing HIV. Gilead executive Diana Brainard stated that the research with vesatolimod "furthers the collective scientific knowledge on potential pathways to achieve a 'functional cure'" for HIV.

The company has even more potential components to a combo approach to curing HIV. Gilead's latest investor presentation listed two HIV cure candidate programs in preclinical testing -- a vaccine being developed in collaboration with Hookipa Pharma and GS-9723. Gilead has already filed for FDA approval to begin a phase 1 clinical study for GS-9723.

To be sure, it's still very early for Gilead's efforts to develop an HIV cure. However, if there's any company that could pull it off, Gilead Sciences is it.

Gilead's first FDA approval was for Vistide in treating AIDS patients with inflammatory eye disease cytomegalovirus retinitis. Through the years, Gilead became a juggernaut in HIV treatment with blockbusters including Atripla, Stribild, and Truvada.

More recently, the company's new class of HIV drugs has taken over the market. Biktarvy appears to be on track to become the best-selling HIV drug so far. The biotech's pipeline includes a promising long-acting HIV treatment, lenacapavir (GS-6207), that could be an even greater commercial success than Biktarvy.

Simply put, Gilead arguably knows the science of HIV better than any other drugmaker on the planet. That doesn't mean that the company will necessarily develop an HIV cure on its own, though. Gilead's antiviral expertise enables it to recognize the potential for other research programs (and seek to acquire or license those programs).

That's exactly what happened in 2011. Gilead acquired Pharmasset for $11 billion in a deal that was widely criticized at the time. But that acquisition led to Gilead launching multiple cures for hepatitis C that made the company well over five times its initial investment.

The future > the present

Some investors might look at Gilead's admittedly less-than-impressive growth right now and conclude that they should take a pass on the biotech stock. I think this view is shortsighted. With investing, the future is always more important than the present.

Gilead will almost certainly have a solid winner with remdesivir. It awaits FDA approval for filgotinib, which holds the potential to become the company's first blockbuster in immunology. The biotech is building its pipeline in oncology through acquisitions and partnerships. And, yes, Gilead's future in HIV is very bright. It won't be surprising if the big buzz for the company in a few years has nothing to do with COVID-19 and everything to do with a long-sought cure for HIV.