Please ensure Javascript is enabled for purposes of website accessibility
Log In Help Join The Motley Fool
Free Article Join Over 1 Million Premium Members And Get More In-Depth Stock Guidance and Research
By Amar Khatri – Jun 16, 2020 at 7:09AM

If you have cash to spare, these cancer stocks are set to soar.

June holds plenty of catalysts for biotechnology stocks -- especially those specializing in cancer treatments. Investors with extra cash on the sidelines may be able to capture some exciting cancer stocks at attractive prices. These small-cap biotechnology stocks when held in the long term can be lucrative and see plenty of upside from the successes in the drug development process. Here is a look at two promising small-cap biotechnology names that may take the oncology market by storm.

Both companies have first-in-class therapies at the cutting edge of science. One company received approval from the Food and Drug Administration (FDA) for its cancer drug and is expanding to other indications. Another offers a promising pipeline with a strong patent portfolio that is in the process of regulatory submission. Let's take a closer look. 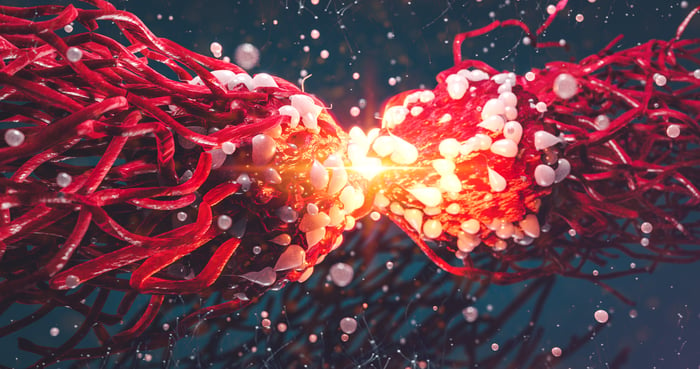 Epizyme (EPZM) is a solid under-the radar pick for investors. The stock is down 30% year to date but looks primed to run higher with its promising pipeline. Early this year, the FDA approved its key therapy, Tazverik (tazemetostat), for the treatment of epithelioid sarcoma (ES), a rare, slow-growing, soft tissue cancer. Tazverik has already generated over $1.3 million in net sales in the first quarter following its launch in January.

Epizyme has an opportunity to expand Tazverik's use for the third-line treatment of patients with relapsed/refractory follicular lymphoma (FL, a cancer of the white blood cells). Epizyme submitted a supplemental new drug application (sNDA) based on the efficacy and safety data from its phase 2 trial. Its PDUFA date is scheduled for June 18. Approval from the FDA would give Epizyme a multibillion-dollar market opportunity with ES and FL combined. The company has set up its commercial teams and will be ready for launch once the FDA reaches its decision.

The company's pipeline and research platforms have significant upside value. There is potential value from its expansion into other therapeutic areas for lymphomas and B-cell malignancies, solid tumors, chemo/treatment-resistant tumors, and immuno-oncology sensitive tumors. Its strong partnerships with Boehringer Ingelheim, Celgene (owned by Bristol Myers Squibb), and GlaxoSmithKline make this company attractive to own.

Its stock is currently 91% institutionally owned, showing Wall Street is bullish. Investors see plenty of opportunity with a win in FL treatment; FL represents 20%-30% of the non-Hodgkin lymphoma (NHL) population in a market that is estimated to be worth more than $10 billion by 2025. Tazverik is priced modestly relative to other orphan drugs in the market and ideally positioned for expansion in other cancers.

It also possesses a first-mover advantage in the EZH2 inhibitor space over competitors Constellation Pharmaceuticals and Pfizer, neither of which may not be ready to launch until 2023. With that said, Epizyme can capture a significant share of the market through the promotion of its brand and expansion into other cancers.

Analytics company Clarivate anticipates strong sales growth of $103 million for Tazverik in its first year of launch after approval and expects it to grow to $617 million by 2024. With that said, Epizyme has a price-to-book ratio of 5.76, which shows it to be undervalued compared with peers such as STAAR Surgical (11.7) and Mersana Therapeutics (15.2); it looks like an appealing opportunity at its present share price.

G1 Therapeutics (GTHX -3.63%) stock also seems attractive at current levels. Down nearly 30% year to date, the company is advancing three clinical-stage programs designed to improve the outcomes of patients across a variety of cancers. It has a strong patent portfolio with more than 350 granted or pending applications across the globe.

One key therapy of interest is trilaciclib, a first-in-class therapy designed to improve the chemotherapy experience for cancer patients.  Chemotherapy remains the cornerstone of treatment for many cancers. Of the nearly 1 million patients who undergo treatment, 89% experience myelosuppression, a side effect that increases the risk of infection, bleeding, and fatigue.

The FDA has given trilaciclib a breakthrough therapy designation for SCLC. G1 is on track to submit an NDA application this quarter. If the NDA is accepted, management expects a PDUFA date near the third quarter of this year. Trilaciclib will be undergoing an I-SPY2 trial (an adaptive trial model) to treat breast cancer this quarter, as well as a colorectal cancer trial in the fourth quarter of this year.

Management believes that trilaciclib has a large market opportunity. The current treatments for chemotherapy-induced myelosuppression are growth factors and/or transfusions and do not offer any benefits such as bone marrow preservation or improved immune function. This makes trilaciclib a differentiated product that could capture a large part of this market. Management estimates that the market is worth over $5 billion.

G1 has two other therapies under investigation for breast cancer, rintodestrant and lerociclib. These will report data in the fourth and third quarter, respectively. The company is in a healthy cash position ($242.4 million) that will allow it to operate until 2022.

At its current price-to-book ratio of 3, G1 Therapeutics is undervalued compared with the broader biotech sector; it has a current market value of $690 million, with the stock nowhere near its 52-week high of $41.80. With that said, the market opportunity for Trilaciclib is significant. Any positive news from clinical data or applications can drive its stock higher, making it worth the consideration as a long-term opportunity.