Please ensure Javascript is enabled for purposes of website accessibility
Log In Help Join The Motley Fool
Free Article Join Over 1 Million Premium Members And Get More In-Depth Stock Guidance and Research
By George Budwell – Jun 16, 2020 at 10:00AM

Heron Therapeutics and Novavax are two key healthcare stocks to watch this month.

A central theme of the 2020 investing landscape has been the overall strength of healthcare stocks. Investors have gravitated toward the healthcare sector this year due to the ability of most top companies to generate healthy free cash flows, as well as their tie-in to the development of a possible functional treatment for COVID-19.

The iShares Nasdaq Biotechnology Index is currently up by nearly 9% for the year, while the S&P 500 has so far lost 5% of its value halfway through 2020. That's a sign that investors have indeed sought out healthcare plays as a way to hedge against the ongoing pandemic. 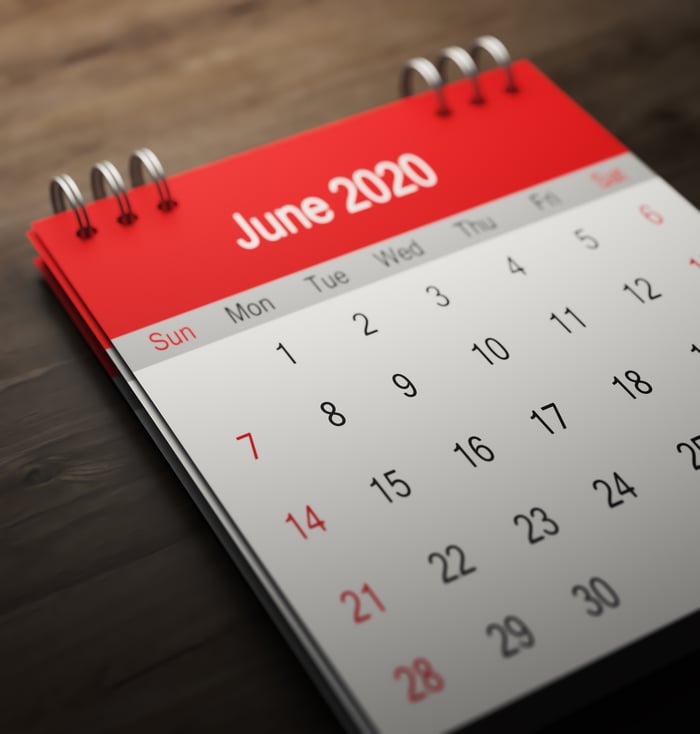 Which healthcare stocks should investors have on their radars during the month of June and beyond? Heron Therapeutics (HRTX 2.84%) and Novavax (NVAX 2.20%) are two names that should prove to be leading indicators in terms of investor sentiment for the remainder of the year. Here's why.

Heron: How will investors react to this upcoming catalyst?

Heron Therapeutics is a small-cap biotech that currently sells two drugs, Sustol and Cinvanti, indicated to ease nausea and vomiting associated with repeated bouts of chemotherapy. While these two commercial-stage drugs have performed fairly well in the marketplace since launch, the main attraction for investors is the company's experimental post-op pain medication, HTX-011.

The big draw is that HTX-011 reportedly reduces the need for opioid analgesics following surgery. HTX-011 could thus turn out be an important new tool in the fight against the opioid crisis.

Where do things stand now? In April of 2019, Heron received a complete response letter from the Food and Drug Administration (FDA) for HTX-011 over manufacturing and non-clinical issues. The company has since resubmitted the drug's regulatory application to the FDA, with a decision now on track for June 26.

Although another rejection isn't out of the realm of possibility, an approval seems to be the most likely outcome this time around. The FDA hasn't announced any new issues with HTX-011's regulatory filing at this critical juncture -- even after a three-month extension of the original decision target date earlier this year. What's more, the drug was granted both breakthrough therapy and fast track status by the agency.

Even so, the market hasn't totally bought into this compelling growth story. Prior to HTX-011's last rejection, after all, Heron's market cap was a whopping 24% higher compared to where it is today. So, if you're looking for a sign as to how the stock market might behave in the second half of 2020, Heron's upcoming regulatory decision should definitely be on your calendar. A muted response, or even worse, a sell-off on the heels of an approval for HTX-011, may provide crucial insight into investor sentiment in general.

Novavax: Can this red-hot vaccine play keep up the momentum?

Novavax, a late-stage vaccine developer, has been a big winner this year thanks to its experimental COVID-19 vaccine candidate NVX-CoV2373. The biotech's market cap has swelled by an astonishing 2,230% over the first six months of 2020. And Novavax's meteoric rise isn't without reason.

Even though the company didn't make President Donald Trump's list of the top five most promising COVID-19 vaccine developers, it did land large awards from the Coalition for Epidemic Preparedness Innovations, as well as the Department of Defense, to accelerate the development of NVX-CoV2373.

Topping it off, Novavax's braintrust also convinced RA Capital Management to gobble up a $200 million private placement of its stock yesterday. In short, Novavax should have ample resources to both develop and subsequently market this promising COVID-19 vaccine -- that is, if everything works out in the clinic.

The burning question now is whether or not Novavax's stock can continue to push even higher. Novavax is flush with cash, it has a leading COVID-19 vaccine in terms of clinical development, and the biotech sports a late-stage flu vaccine to boot. That's a wealth of catalysts that should boost investor confidence on a forward-looking basis.

The big picture is that Novavax's stock seemingly has everything going for it right now. So, barring any clinical or regulatory setbacks, this surging biotech stock should act as a reliable indicator of investor sentiment as a whole.