Please ensure Javascript is enabled for purposes of website accessibility
Log In Help Join The Motley Fool
Free Article Join Over 1 Million Premium Members And Get More In-Depth Stock Guidance and Research
By Maurie Backman – Jun 16, 2020 at 8:47AM

Some people are collecting more weekly income on unemployment than they did at their old jobs. But here's why it pays to return to work in spite of that.

As of May 2020, more than 20 million Americans were unemployed, and we can thank COVID-19 for that. Thankfully, those without an income from work are generally entitled to unemployment benefits provided they weren't fired for cause, and right now, those benefits are exceptionally lucrative.

Thanks to the CARES Act, which was passed in late March to provide COVID-19 relief, workers on unemployment are entitled to a $600 weekly boost on top of the benefit they'd normally qualify for. This means that someone who'd normally get $400 a week based on previous earnings should now be collecting $1,000 a week instead. In fact, a lot of low-wage workers are actually earning more money on unemployment today than they made at their previous jobs -- a scenario that some lawmakers feel will discourage Americans from returning to work when the opportunity presents itself. 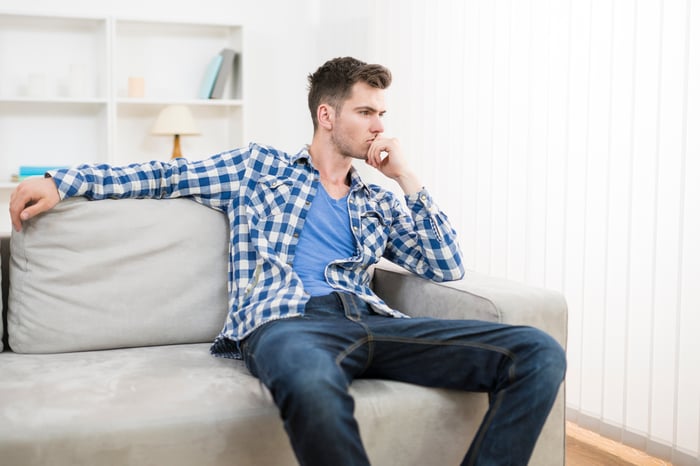 To a degree, they're probably not wrong. There will, inevitably, be some workers who choose to stay on unemployment as long as possible because it may not only pay more, but also be an easier solution than scrambling for child care and facing the risks that may be associated with in-person employment. But assuming you have child care covered and your place of work doesn't pose any safety concerns, here are three reasons it pays to resume your job once that option arises.

The $600 weekly boost in unemployment benefits that you may be getting today isn't set to continue indefinitely. In fact, it's due to expire on July 31, and while some lawmakers are fighting to extend it -- it's a major provision of the Democrat-proposed HEROES Act -- others are pushing back, using May's modest drop in unemployment to fuel the argument that the economy is opening back up and as such, that extra $600 won't be necessary for much longer. Of course, even if that boost does go away, you'll still be entitled to your regular weekly unemployment benefit. But at that point, you may find that it doesn't come close to allowing you to pay your bills.

2. You may need your job for health insurance

Not everyone gets health insurance through work, but if you're without coverage now because your job was the source of it, you may want to consider accepting a role with health benefits as soon as possible. Going without health insurance is a dangerous idea in general. During a pandemic, even more so. And while you may have the option to purchase coverage on the healthcare marketplace (you'll generally qualify for a special enrollment period when your previous coverage goes away), it can be more expensive than you may have bargained for -- especially if you need family level coverage.

3. If you pass up a job offer now, you may not get one for a long time

Now that the U.S. is in a recession, it's hard to know how long it will last and when the economy will recover. The danger of not going back to work sooner rather than later is that if things worsen, you may find that you're out of a job for much longer than you initially anticipated. And that's problematic, because at some point, your regular unemployment benefits may run out, leaving you with no income at all.

If you're collecting a decent amount of money in unemployment benefits, you may not be in a rush to return to a job. But the reality is that there are plenty of good reasons to start working again if it's both safe and feasible to do so.