Please ensure Javascript is enabled for purposes of website accessibility
Log In Help Join The Motley Fool
Free Article Join Over 1 Million Premium Members And Get More In-Depth Stock Guidance and Research
By Eric Volkman – Updated Jun 16, 2020 at 10:58AM

By acting now, the Israeli Health Ministry says it's avoiding long delays in getting the country's citizens a COVID-19 vaccine later.

Many of the companies working to develop SARS-CoV-2 coronavirus vaccines aren't waiting around for clinical trials to be complete or government regulators to give their approval. They're ramping up manufacturing of their candidates even before it's clear whether or not they're effective at preventing COVID-19.

Taking a similar approach, at least one foreign government just signed a deal to buy a supply of one of those candidates before it becomes a licensed (and in-demand) pharmaceutical product: Israel's Health Ministry on Tuesday inked a deal with Moderna (MRNA -3.34%) for a quantity of its hopeful COVID-19 vaccine, dubbed mRNA-1273.

Contingent on the vaccine working, the U.S.-based biotech will deliver a significant quantity of mRNA-1273 once it becomes available, according to reports in Hebrew-language media. The particulars of the arrangement, such as deliverables and price, have not yet been made public, and Moderna hasn't made an official statement on the deal.

Although Moderna is far from the only biotech or pharmaceutical company developing a SARS-CoV-2 vaccine, it is relatively advanced in its progress and mRNA-1273 has shown excellent promise in phase 2 trials so far. 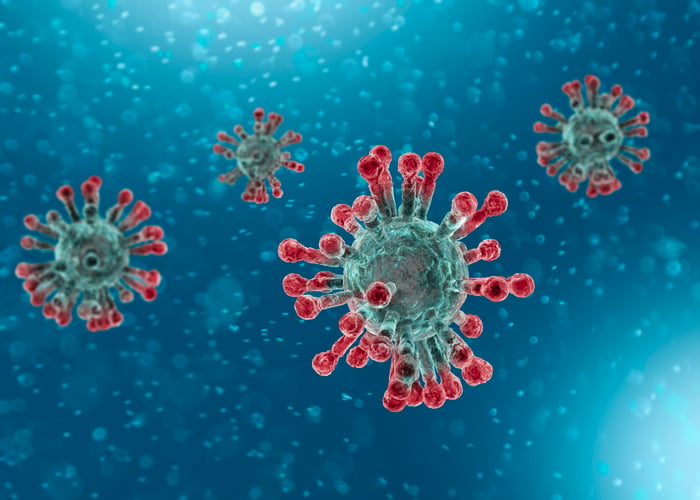 Recently, the company said it will begin a large-scale phase 3 study of its candidate next month, in collaboration with the National Institutes of Health. If that trial proves successful and the company wins regulatory approval, it says it can start to mass-produce the vaccine by the end of this year and deliver 1 billion doses by mid-2021.

The mRNA-1273 vaccine works by blocking the production of a protein that allows the novel coronavirus to latch onto cells. That keeps it from reproducing and spreading through the body.

Due to the urgency of containing the pandemic, research into COVID-19 vaccines has been accelerated significantly compared to the usual pace of pharmaceutical development. Other notable biotech and pharmaceutical companies developing such solutions include AstraZeneca, Pfizer, and Novavax. An unnamed Health Ministry source was also quoted in the newspaper Israel Hayom as saying that the country plans to strike additional deals with other vaccine companies.

Moderna shares did well Monday, partly on the anticipation that ran ahead this deal. They closed nearly 7.4% higher, convincingly beating the gains of the broader stock market on the day. But shares were down in early trading Tuesday, off by more than 4% as of 10:40 a.m. EDT.