Please ensure Javascript is enabled for purposes of website accessibility
Log In Help Join The Motley Fool
Free Article Join Over 1 Million Premium Members And Get More In-Depth Stock Guidance and Research
By Keith Noonan – Jun 16, 2020 at 11:54AM

The tech giant's app ecosystem had a huge year in 2019, but the company only received a commission on a small percentage of sales.

Apple (AAPL -3.00%) published a press release on Monday detailing milestone performance for its App Store in 2019. The announcement cited an independent study conducted by Analysis Group, which found that $519 billion in global transactions were conducted through Apple's app ecosystem last year. The study noted that more than 85% of 2019's total spending on the platform went directly to third-party app owners without Apple receiving a commission.

The tech giant typically gets either 15% or 30% of digital goods and services spending on the App Store -- with the company usually taking the smaller commission for recurring-service payments and the larger commission for one-time purchases. However, it does not get a cut of physical goods purchased through third-party e-commerce apps or from services like Lyft, Uber, or AirBnB. 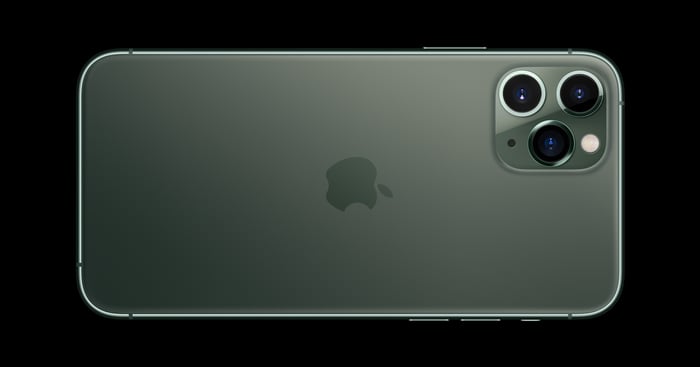 What does it mean for Apple?

Despite receiving a commission on a relatively small portion of total commerce conducted with App Store applications, the new data from Analysis Group bodes well for Apple. The company's services segment (which includes the App Store) has been a key growth vehicle for the company in recent years. Segment sales reached an all-time high of $13.3 billion last quarter, climbing 16.5% year over year, and app spending still has a long runway for growth.