It only takes a spark to get a gossip wildfire going.

Shares of Roku (ROKU 5.60%) made some noise on Tuesday, rising 12% for the day. This came even though it was an otherwise quiet session for the company.

However, listen harder and you'll hear the whispers of traders in the background. They're discussing an unsubstantiated rumor: Alphabet (GOOG 3.28%) (GOOGL 3.13%) wants to acquire Roku. 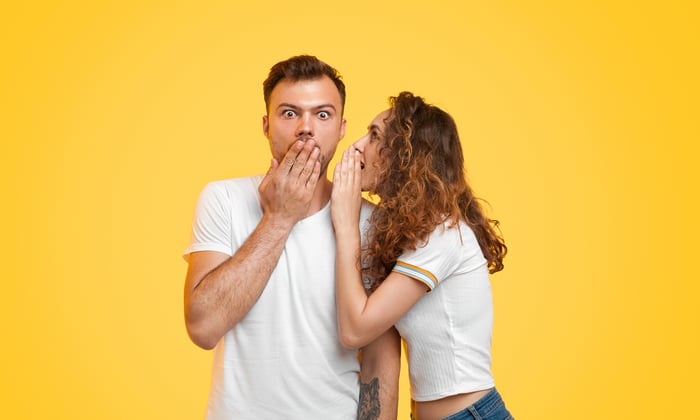 To be clear, there's no substance to this buyout speculation. Alphabet hasn't expressed interest in Roku, and Roku hasn't said it's for sale. There also aren't any news outlets claiming secret insider information. It's hard to know how such a rumor even got started today. But it's not the first time the two have been imagined as an ideal match.

This deal could make a lot of sense, especially for Alphabet. Consider that Google became a powerhouse by generating advertising revenue. Part of what makes Google ads compelling is the company's ability to deliver a personalized ad. From browsing and search history, Google targets consumers in a way that seemed inconceivable 20 years ago.

Now with streaming TV on demand, the opportunity for programmatic advertising (relevant, targeted ads) is extending beyond your computer chair to your living room couch. Due to COVID-19, overall CPM (ad rates) has declined as companies cut their budgets. But according to the Interactive Advertising Bureau, connected TV is currently the most resilient connected-device category. And Roku is becoming the default operating system for connected TVs, positioning it to become a major beneficiary of the death of cable.

Google recognizes the massive opportunity. It's working hard to monetize YouTube TV, as well as get on your TV via Chromecast. But Roku is the leading connected TV operating system. With a market capitalization of $15 billion, Alphabet could easily afford to buy its way into the leadership position.

Buying Roku stock in hopes of a short-term gain is a bad plan, especially when the buyout is nothing more than gossip. But there are good reasons to buy Roku, all based on a long-term thesis. And ignoring the daily noise to focus on the long-term story is the best way to invest in stocks.