Model Y was supposed to be a success story for Tesla (TSLA 0.25%). It's turning into something of a headache, according to some reports.

Unveiled in March 2019, deliveries of Tesla's mass-market electric SUV began in mid-March 2020, six months ahead of schedule just before coronavirus hit and disrupted production. Tesla has since resumed production of the SUV, and CEO Elon Musk thinks the Model Y could eventually prove so popular it will outsell the company's Model 3 mass-market electric sedan. There's just one problem with that assumption, however: Some consumers who ordered Model Ys early are already handing them back. 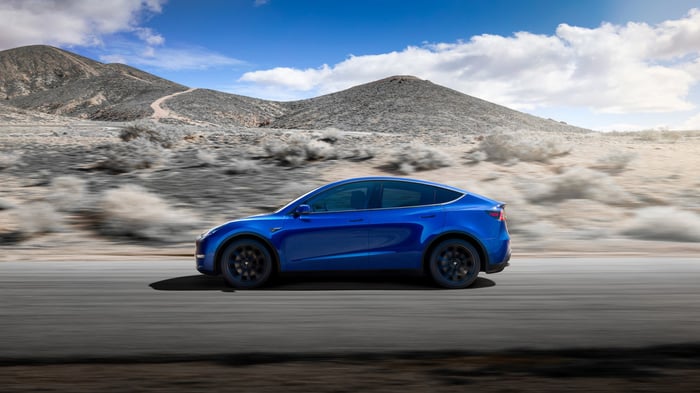 As renewable-energy industry-watcher Electrek reports today, online discussion forums for Tesla customers are "flooded with new buyers reporting issues with their new Model Y, refusing deliveries, and in some cases, Tesla proactively canceling deliveries due to issues." Buyers are posting photos of vehicles that they've been delivered, highlighting manufacturing defects such as issues with paint and trim, indentations in the upholstery, loose parts -- and in at least one case, a backseat that wasn't bolted onto its base!

In response, some buyers are returning their cars within the initial 7-day return period despite some reports that buyers will be barred from buying another Model Y for a full year as a consequence, while others are simply refusing to take delivery at all . Tesla itself has interrupted other deliveries, informing buyers that the company had discovered defects and is delaying delivery while it gets them fixed.

What does it mean for the stock? Elon Musk's latest prediction for Q2 production is 83,177 vehicles -- Models S, 3, X, and Y combined. That number's already down from Q1, in which the company manufactured more than 102,000 vehicles. The more Model Ys that get returned, rejected, or preemptively recalled by the manufacturer, the worse this quarter could go for Tesla.