Please ensure Javascript is enabled for purposes of website accessibility
Log In Help Join The Motley Fool
Free Article Join Over 1 Million Premium Members And Get More In-Depth Stock Guidance and Research
By Adam Levy – Jun 16, 2020 at 11:45AM

Walmart's looking for ways to make a profit from its growing online marketplace.

Walmart (WMT) and Shopify (SHOP) are teaming up to give select Shopify sellers the ability to list items on Walmart.com. Walmart's online marketplace is growing quickly -- faster than the 74% overall growth in Walmart's overall e-commerce business last quarter -- but it still trails Amazon (AMZN) by a wide margin.

Adding top Shopify sellers could help sustain the rapid growth for Walmart, which is essential for turning its e-commerce operations profitable. 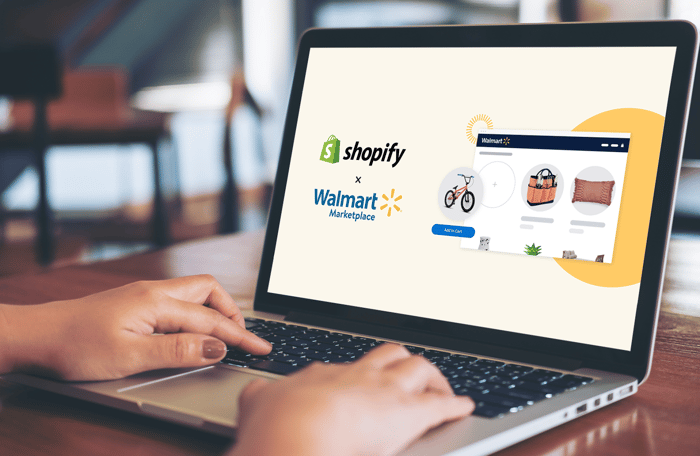 Even though Walmart is the second-biggest online retailer in the United States, it's still a relatively small piece of most sellers' strategies. That's in part because Walmart has kept the standards for selling on its marketplace relatively high. It currently has about 45,000 third-party sellers on its online marketplace.

To put that in perspective, Amazon has nearly four times as many sellers based in California alone. Shopify supports over 1 million businesses. Amazon has relatively low barriers to entry for most product categories, and its Fulfillment by Amazon (FBA) program makes it extremely attractive for sellers just getting started in e-commerce.

Meanwhile, Shopify has carved out a sizable market of small businesses looking to establish their own presence online. But Shopify sellers are on their own when it comes to finding buyers, which is why Amazon has been so attractive to small businesses. More online product searches begin on Amazon.com than anywhere else, and the company accounts for nearly 40% of all online sales in the United States.

Walmart's high standards means far fewer third-party sellers, and third-party sales make up a much smaller percentage of its total gross merchandise volume as a result. But being able to offer Shopify's top sellers a spot in its more curated marketplace should be attractive for the sellers and could be a big win for Walmart. Sellers gain additional exposure to buyers and Walmart expands its product offerings.

Walmart plans to add just 1,200 Shopify sellers to its platform this year, which represents just 0.1% of all of Shopify's sellers, but would grow the number of seller's on Walmart's marketplace by nearly 3%. The direct impact of the deal on Shopify may be minimal, driven mostly by sellers seeing an opportunity to easily expand to more marketplaces, but the impact for Walmart could be substantial.

Walmart's losing a lot of money on its e-commerce operations. Losses may have reached $1 billion last year, but the company reported lower losses in the first quarter.

Walmart's investing in a lot of ways to drive customers to its website, including a big focus on its grocery pickup and delivery options. But Marc Lore, head of Walmart's U.S. e-commerce operations, notes third-party sales will be an essential part of reaching profitability for the online business.

Services like Delivery Unlimited -- Walmart's $99-per-year grocery delivery service -- are designed to get customers more reliant on Walmart.com. Where Walmart will actually make money, however, is on third-party sales, fulfillment services, and advertising. If that sounds familiar, that's because Amazon generates a lot of high-margin revenue from those businesses as well.

Amazon's third-party seller services -- which includes the cut it takes for sales made on its marketplace, as well as its FBA service -- grew more than 25% last year to $53.8 billion. Its "Other revenue" line item, which consists primarily of advertising, topped $14 billion last year.

While those are global numbers, it's worth pointing out that Amazon brings in more revenue from third-party seller services than Walmart's gross merchandise volume in the U.S. And that revenue has much higher margins than Walmart's mostly first-party online sales.

Adding the top Shopify retailers to its marketplace could help Walmart grow the ultimate moneymakers for its online business.