Please ensure Javascript is enabled for purposes of website accessibility
Log In Help Join The Motley Fool
Free Article Join Over 1 Million Premium Members And Get More In-Depth Stock Guidance and Research
By Rick Munarriz – Jun 16, 2020 at 11:30AM

Netflix missed badly last summer. This isn't likely to be a sequel.

One of this year's more compelling comeback stories is Netflix (NFLX -1.03%). The leading premium streaming video service saw its shares come under pressure last year when rival platforms entered the market with more buzz than a honey-soaked beehive. It also fell short of its historically conservative guidance for net subscriber additions in back-to-back quarters.

Netflix is holding up considerably better in 2020. The stock is crushing the market with its 32% year-to-date return through Monday's close. It has become the quintessential stay-at-home winner, ground zero for some of the hottest shows and movies in the new normal. Netflix is also coming off a blowout quarter, when it delivered record subscriber growth back in April. There's bullish momentum here as we close out the first half of 2020, but there's at least one analyst concerned with how the second quarter will pan out. 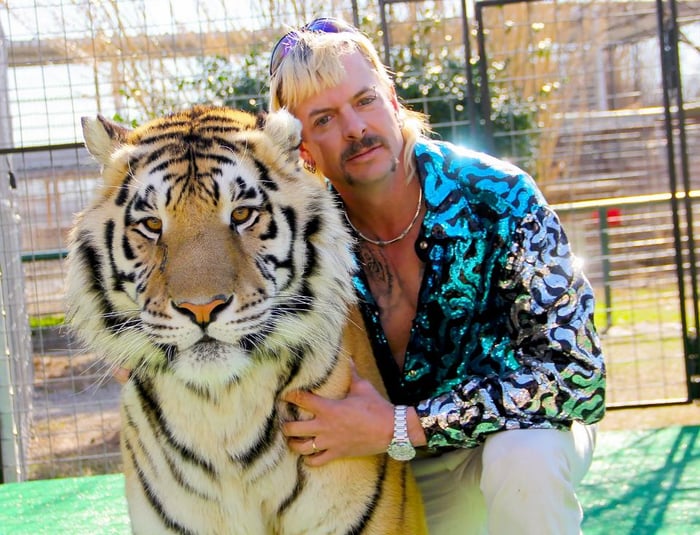 You come at the Tiger King you best not miss

After a mind-blowing 15.77 million net streaming additions during the first quarter, it may seem surprising to see Netflix forecast net growth of just 7.5 million accounts for the three-month period that ends in two weeks. Longtime Netflix watchers didn't mind, as they know that the second quarter typically sees sequential deceleration in new sign-ups.

SunTrust analyst Matthew Thornton has a new Netflix note this week, estimating that paid member additions for the quarter are tracking between 9 million and 12 million through mid-June. This may seem like good news, but it's also incomplete since it doesn't factor in churn. There's a world of difference between additions and net additions -- namely, the number of people canceling along the way -- and this is where Thornton concludes that Wall Street's expectations may be reasonable, but not entirely conservative. In short, even in this ideal scenario with folks spending a lot of time at home this quarter and little reason to cancel the service, it will be a challenge to live up to expectations.

This is also the second quarter, the same period in which Netflix stunned investors last year by falling well short of its earlier subscriber guidance. Thankfully for those long the stock, the circumstances are different this time. Netflix was dealing with a big obstacle to growth a year ago, a 13% to 18% springtime hike in its subscription rates for U.S. users that was understandably a catalyst for churn. After pushing through four rate increases in the last five years Netflix seems to be standing pat in 2020. The slate of new services launching this year -- no offense to HBO Max, Quibi, or Peacock -- is not the kind of threat that Netflix faced late last year.

Netflix has also retreated slightly from the all-time high it established four weeks ago. Expectations are elevated right now, but not so far up in the clouds that even a blowout performance won't be rewarded. Netflix will always be volatile around earnings season, but the chances are low for another summertime shock along the lines of what happened last July to the high-tech media stock. Valuation concerns are valid, but with nobody even close to catching up to Netflix in terms of streaming revenue that it's largely pouring back into even more content, it's hard to bet against the comeback kid of 2020.