The stores will feature discounts up to 75% or 90% as Dick’s moves into the off-price sector.

Dick's is opening three Overtime stores initially, in Connecticut, Maryland, and Pennsylvania. Two of the stores are opening today, June 17, while the third is scheduled to start welcoming shoppers next Wednesday, June 24. The company says Overtime stores will feature a wide variety of popular products, with discounts of anywhere up to 75%. 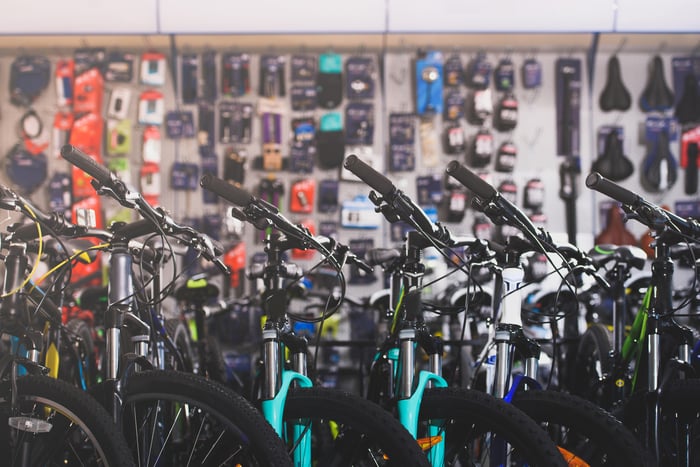 Five Warehouse stores are currently operating, all opened on June 15. These outlets sell clearance items with up to a 90% discount. The existing locations are in Indiana, Ohio, Missouri, Pennsylvania, and Wisconsin. Three clearance stores already opened last year, and the company's press release states, "With these openings, DICK'S will have 11 outlet and clearance centers open in nine different states." Both new store types are open seven days a week, though with slightly different hours.

After sustaining a retail sales hit from COVID-19, Dick's Sporting Goods had reopened approximately 80% of its stores by early June. Additionally, the retailer reports that e-commerce sales have soared 250% year over year, accounting for 39% of total sales during the most recent quarter. Dick's expansion of its discount and clearance stores comes at a time when analyst research and quarterly reports both indicate off-price apparel stores are bouncing back from the coronavirus pandemic faster than their full-price counterparts.