Please ensure Javascript is enabled for purposes of website accessibility
Log In Help Join The Motley Fool
Free Article Join Over 1 Million Premium Members And Get More In-Depth Stock Guidance and Research
By Rich Duprey – Jun 17, 2020 at 9:50AM

It's a complete reversal from how the quarter started out.

Mattress giant Tempur Sealy (TPX -0.86%) said the second quarter is turning out alright after all as sales are only expected to be down 15% year over year for the period, compared to the 80% plunge in order sales experienced at the start.

Bedding orders rebounded sharply in May and the beginning of June following the disastrous April the company experienced. While the strong growth is geographically broad, due to a recovery in the wholesale channel, Tempur Sealy's e-commerce channel is seeing phenomenal growth, with sales up 125% so far in the quarter. 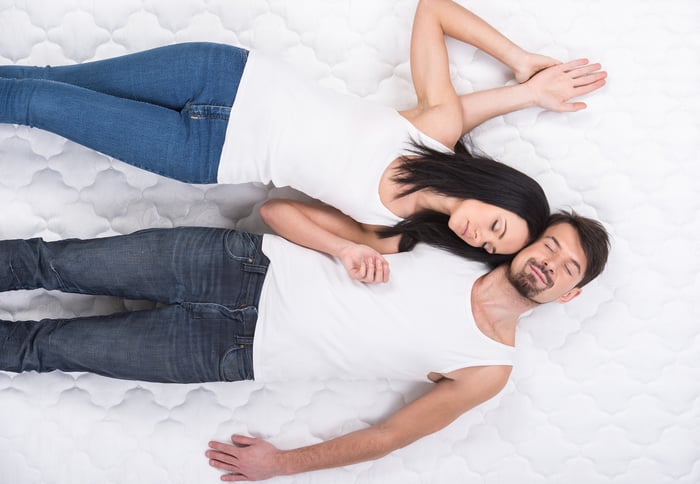 As a result, the bedding specialist now believes second-quarter sales will be off only 15%, which based on last year's second-quarter revenue of $722.6 million, suggests it will report sales of around $614 million.

Tempur Sealy now expects to be able to report at least $50 million of unadjusted earnings before interest, taxes, depreciation, and amortization, and to end the quarter with positive operating cash.

It didn't always look like the quarter was going to end so relatively upbeat. When Tempur Sealy reported first-quarter earnings at the end of April, it said the second quarter was off to a terrible start due to the COVID-19 pandemic.

Although first-quarter sales had been strong with 20% growth year over year, following a similarly strong 2019, order trends through the end of April had tumbled 55%. The company immediately launched a $300 million cost-reduction initiative, including suspending all stock buybacks, and because it had sufficient liquidity on hand and no debt maturities due until 2023, it anticipated weathering the storm just fine.

May and June have proved to be far better, as consumer sentiment revived, and in the U.S. it has brought back almost all of its furloughed workers.