Get moving to capitalize on an extremely affordable way to borrow money.

Though the U.S. economy on a whole has felt the wrath of COVID-19 -- to the point where we're officially in a recession -- small businesses have been particularly hard-hit. Early restrictions caused many local establishments to close their doors, and while some were able to adapt their business models by pivoting to online service, others have suffered catastrophic financial losses over the past three months. Fortunately, relief programs have been available for small businesses that have been impacted by COVID-19; perhaps the most notable of these is the Paycheck Protection Program (PPP).

The purpose of PPP loans is to allow businesses to retain and keep paying staff in the face of economic uncertainty. What makes them particularly attractive is the fact that they're potentially 100% forgivable. And while the PPP program notably ran out of money during its first go-round, a second influx of funding opened the door to more applicants in April. 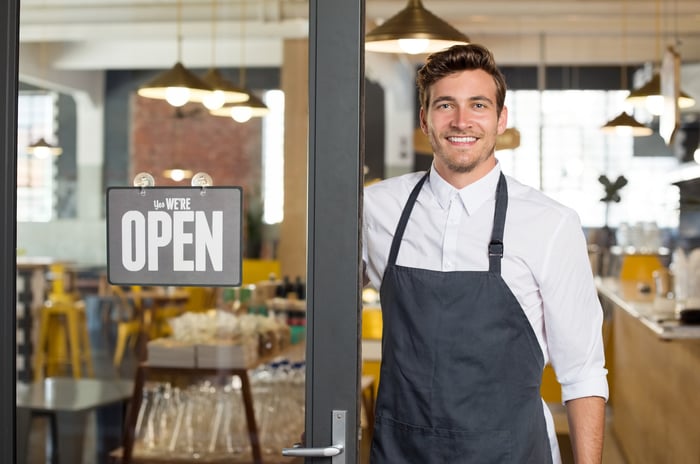 In fact, there's still PPP money to be had, provided your business qualifies. But at this point, you don't want to delay: You only have until June 30 to get your PPP loan application approved. So if you've been thinking about applying for relief, now's the time to get moving.

The upside of PPP loans

PPP loans are forgivable under a certain set of circumstances, and not every business can fulfill those requirements. To get your loan forgiven in full, you must spend 60% of its proceeds on payroll costs. This is a change from the original rules, which initially stated that businesses had to spend 75% of their loan proceeds on payroll to qualify for forgiveness.

Furthermore, in their original form, PPP loans were more restrictive in that proceeds had to be used up within eight weeks for forgiveness to be on the table. That time frame has since been extended to 24 weeks, giving business owners more time to spend those funds as they see fit.

Another thing you should know about the PPP is that even if your loan isn't fully forgivable, or forgivable at all, it's still an affordable way to borrow. PPP loans have a two-year maturity and an interest rate of 1%, which is pretty negligible. Therefore, if you need money for near-term expenses, it may be a good idea to apply, even if you know you won't qualify for forgiveness.

Either way, act quickly if you want to end up receiving a PPP loan. At a time like this, it never hurts to have extra cash on hand. Even if your business has been doing better in recent weeks, we don't know whether a second wave of COVID-19 will spur a massive lockdown all over again. If your business is grappling with economic uncertainty, you may want to put in an application.