Please ensure Javascript is enabled for purposes of website accessibility
Log In Help Join The Motley Fool
Free Article Join Over 1 Million Premium Members And Get More In-Depth Stock Guidance and Research
By Rick Munarriz – Updated Jun 18, 2020 at 10:23AM

Hong Kong Disneyland is now open, and the new normal is nothing like the old normal.

Disney has significant but not majority stakes in the two resorts. Nonetheless, it still felt the pain of the disruptions. The media giant announced in early February that it would expect to take a $135 million charge for the Shanghai closure and a smaller $40 million hit in Hong Kong for its fiscal second quarter.

The shutdowns extended well into Disney's fiscal third quarter, so naturally the two resorts will weigh on the current reporting period as well. With capacity constraints and several safeguards in place, it remains to be seen when they will return to being positive contributors to Disney's profitability. The rest of Disney's parks won't open until at least the next quarter. 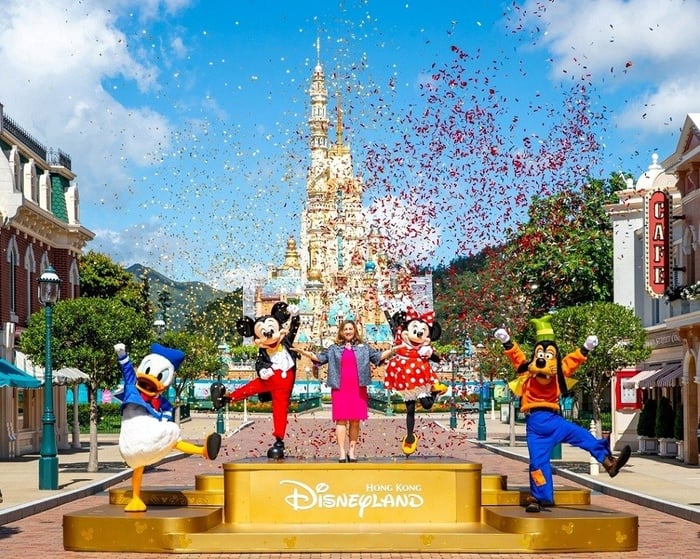 Visitors to Disney's open attractions are getting a taste of what the new normal will be like when the House of Mouse unlocks its turnstiles closer to home. The Shanghai and Hong Kong parks require online reservations to be among the limited number of visitors that can be accommodated on any given day. Temperature screenings await at the entrance. Masks are required throughout the stay except while eating or drinking.

Parks on a tight pitch count for the number of visitors allowed may sound like a dreamy scenario at first. Disney World and Disneyland tend to charge a premium for events at which they limit attendance to thousands of guests instead of tens of thousands. But with social distancing and sanitation measures also dramatically reducing the number of riders per hour that an attraction can accommodate, it's not the "walk onto any ride" experience that one might expect.

Disney's stateside parks will follow. Disney World in Florida plans to begin a phased reopening on July 11. The original Disneyland resort in California follows six days later. But with Disney's U.S. parks also embracing an online reservation system along with all of the safeguards at Shanghai and Hong Kong, it's not as if you can expect things to be business as usual anytime soon.

The new normal will be different, and you won't find too many people arguing that it's more enjoyable than the old normal. Disney knows that it's not going to be a hotbed for summer tourists the way it typically is this time of year. It was even willing to block out three of its iconic hotels for the NBA to resume its season at the resort this summer.

It's not just the hurdles and inconveniences to get into the parks that will weigh on guests. The experience won't be the same even on the other side of the turnstiles. There won't be the up-close character interactions that many associate with visits to a Disney park. The parades, fireworks, and some shows also won't be coming back anytime soon.

The parks will open because they have to at some point, especially since it doesn't seem as if the COVID-19 threat is going away anytime soon. But between common sense and the recession we now find ourselves in, it's not going to be much of a summer travel season for Disney's bottom line.