As we've seen recently, Nasdaq indexes outperformed their counterparts elsewhere in the market.

Thursday wasn't a great day for the stock market, but once again, the Nasdaq Composite (^IXIC 0.00%) managed to hold up better than some other major market benchmarks. Gains of about a third of a percent were encouraging, and the Nasdaq 100 index similarly outperformed some broader stock indexes.

Tesla (TSLA 2.51%) has been a big part of the Nasdaq 100's success lately, and although it didn't make a big move today, some see the electric vehicle maker's stock heading far higher in the near future. Meanwhile, Enphase Energy (ENPH 3.60%) posted a big gain Thursday, bouncing back from an analyst attack on its business model as the solar micro-inverter specialist asserted its strength in the solar industry. 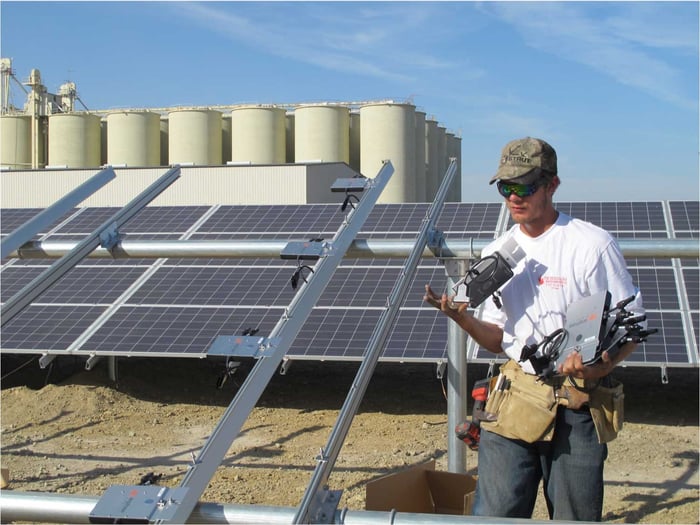 A not-so-bold call on Tesla

The rise in Tesla's stock has taken many investors by surprise, and even professionals are scrambling to catch up. In the broader landscape of stock analyst calls on Tesla, today's bullish call didn't exactly step out on a limb, but it was still representative of the positive sentiment many investors feel for the electric car pioneer.

Analysts at Jefferies reiterated their buy rating on Tesla and dramatically increased their price target on the stock. Going from a previous target of $650 to a new one of $1,200 per share, Jefferies argued that even with the huge advance in the stock over the past few months, investors are right to be excited about the company's prospects. Key advantages for Tesla include the lack of legacy debt that older automakers have, as well as the ability to sell vehicles direct to customers without working through established dealership networks.

With the stock at roughly $1,000, a $1,200 price target isn't a big stretch, especially in comparison to bold calls like a long-range outlook for $7,000 per share by ARK Invest back in February. Nevertheless, with sentiment surrounding Tesla continuing to move in a positive direction, every incremental move from Wall Street analysts adds a bit more to the hype surrounding the stock.

In the solar arena, Enphase Energy saw its stock jump 17%. After it faced criticism on Wednesday, many of those following the micro-inverter company weighed in to defend Enphase.

Short-selling specialist Prescience Point Capital made serious accusations against Enphase, asserting that the company fabricated more than $200 million of the revenue that it reported for 2019. The Prescience report noted insider selling and cited former employees in its views.

However, several stock analysts replied to the report with skepticism. For many, the dip in the stock price simply represented an opportunity to add to their positions. Others took issue with specific statements in the report, pointing to other supporting data that demonstrated in their view the legitimacy of Enphase's numbers.

Enphase has demonstrated its resiliency for a while now, as its reputation for superior quality has led investors to give it a premium valuation over its peers. With ongoing efforts to upgrade its equipment and platforms, Enphase expects that it'll maintain its competitive advantages. Shareholders hope that continued customer loyalty will translate into further gains for the stock price -- and prove to short-sellers like Prescience that its business is the real deal.

Why Tesla's Falling Ahead of Its Stock Split