Please ensure Javascript is enabled for purposes of website accessibility
Log In Help Join The Motley Fool
Free Article Join Over 1 Million Premium Members And Get More In-Depth Stock Guidance and Research
By Maurie Backman – Jun 20, 2020 at 5:47AM

Here is how the stimulus check could be replaced, and why that is not necessarily good news.

Millions of Americans have been hurt financially by COVID-19, and while there's been an initial round of relief in the form of a one-time stimulus payment, for many people, it just isn't enough. Lawmakers agree, which is why Democrats introduced the HEROES Act, a $3 trillion relief bill that calls for, among other things, an even more generous stimulus payment than the initial one that went out.

Stimulus payments under the HEROES Act will be worth up to $1,200 per qualifying adult or child, up to a maximum of three children per household. By contrast, the initial stimulus round allowed for only $500 per child. As such, a family of two adults and three children would've received $3,900 as an initial stimulus payment, but may now be eligible for $6,000 if the HEROES Act is passed. 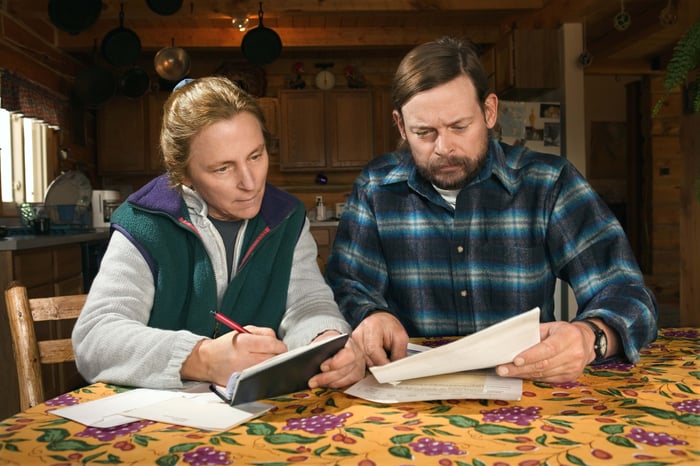 Though the HEROES Act has made it through the House of Representatives, it needs a Senate vote to come to life. And Republicans have already made it clear that they oppose the HEROES Act in its current form, particularly with regard to the stimulus payments it calls for.

In fact, there's a new proposal on the table that could end up taking the place of a second stimulus payment. The problem? It's one that many Americans will ultimately be excluded from.

An alternative to follow-up stimulus cash

The CARES Act, which was the source of the initial round of stimulus payments that's largely been distributed, called for a $600 weekly boost in unemployment benefits, leaving some out-of-work Americans earning more money on unemployment than they did at their previous jobs. In fact, some people may be hesitant to return to work for fear that doing so will result in a dip in income, despite the fact that the supplemental $600 bonus is set to run out at the end of July.

As such, Republican lawmakers have introduced the Reopening America by Supporting Workers and Businesses Act of 2020, which calls for a $1,200 incentive for out-of-work individuals to return to the labor force. Specifically, workers would be allowed to keep two weeks of their supplemental $600 unemployment benefits after accepting a job, which means they'd effectively be getting a $1,200 reemployment bonus.

On the one hand, this proposal makes sense. It incentivizes people to return to work as soon as possible, which is essential to restarting the economy and busting out of our current recession, without penalizing them financially for doing so.

On the other hand, if the Reopening America by Supporting Workers and Businesses Act of 2020 is passed, it could end up taking the place of a relief package that calls for a stimulus round that's comparable to what the CARES Act allowed for. And that's bad news for those who may be relying on extra stimulus cash to get through these very hard times.

Though there's a chance Americans will see some degree of follow-up relief once lawmakers are able to come to an agreement, we also can't bank on a second stimulus round happening. Now that restrictions are easing and the country is opening back up, lawmakers are arguing that a second stimulus round is too costly and simply not necessary -- especially the proposal outlined in the HEROES Act. Even if the Reopening America by Supporting Workers and Businesses Act of 2020 goes through, it still excludes anyone who isn't out of work with a job offer on the table. It also excludes retirees who are less likely to hold down a job, and people who are still working but have lost income in the course of the pandemic. As such, it's far from a perfect solution, and the fact that it could replace a second stimulus payment is reason enough for concern.