Dick's Sporting Goods (DKS -1.89%) is expected to be the last man standing in the sporting goods retail space because the investments it's made in its omnichannel capabilities allow it to be flexible to meet challenges, such as those it experienced during the coronavirus pandemic.

Yet the largest sporting goods store doesn't have much of a competitive advantage other than its size, and even then the gear and accessories it sells can be found at larger rivals like Walmart or Amazon.com.

Without much of a competitive moat, Dick's needs something new to differentiate it, and its recent decision to expand into the off-price market may be what it needs. The sporting goods retailer will soon have 11 new discount stores in operation over two separate concepts, and though they provide a level of risk, they may also help juice sales and margins. 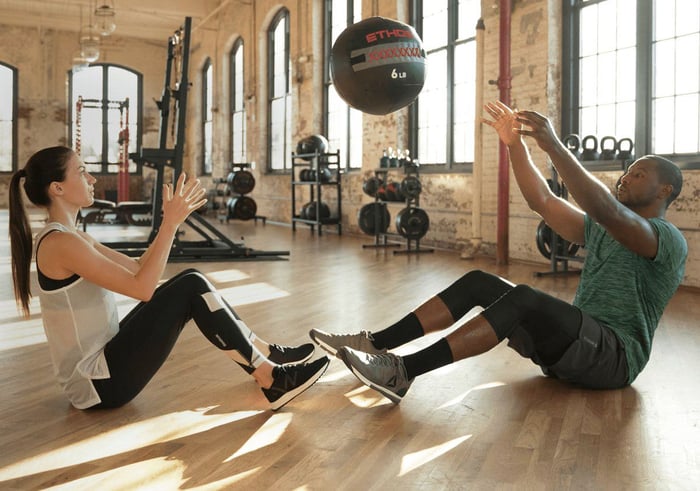 Dick's recently announced it would be expanding the footprint of its Overtime by Dick's Sporting Goods and Dick's Sporting Goods Warehouse stores. The Overtime concept gives consumers access to apparel and footwear from major brands like Nike (NKE -3.50%), adidas, and Under Armour at prices of up to 75% off. The Warehouse concept is similarly positioned, but will offer discounts of up to 90%.

Nike is Dick's largest vendor, representing 21% of its $8.75 billion in annual sales, or about $1.83 billion. And though no other vendor accounted for more than 10% of sales, adidas and Under Armour remain significant suppliers.

Whether they will appreciate their goods being sold at such large discounts when they're trying to increase their own reach through direct-to-consumer channels is unknown, as is why Dick's thought it needed two different off-price chains.

Dick's began with three off-price locations last year, opened five more last week, and will add three more, expanding its presence in nine states. It could be a growth opportunity, particularly coming out of the pandemic where record numbers of people were unemployed and home fitness was a hot trend. The limited discretionary income and greater awareness of health, wellness, and fitness could be a powerful combination for the new chains.

Dick's is also reopening all of its full-price stores by the end of the month, but a discount option could prove more attractive to consumers.

Off-price retailers like TJX, Burlington Stores, and Ross Stores have been among the best performers over the past few years, though even they were caught off guard by the shutdown orders for non-essential retail.

Because their e-commerce operations are a secondary consideration to the treasure hunt atmosphere created by their physical stores, they were not able to respond as effectively as other retailers, including Dick's, that invested in omnichannel options. It was these investments that allowed the sporting goods leader to respond as it did during the crisis.

E-commerce had already evolved into a $1.4 billion business for Dick's last year representing 16% of total revenue, up from $500 million in 2013. Although it reported a wider-than-expected loss in the first quarter of $1.71 per share, the ability to relatively seamlessly transition to curbside pickup, for example, allowed online sales to surge 110% year over year.

Yet there are limitations to its growth. Although comparable sales came in at 3.7% in 2019, above the 2% to 3% guidance Dick's offered, and fourth-quarter comps were up almost 6%, the retailer had forecast just 1% to 2% comps growth this year before the pandemic caused it to withdraw its guidance.

That's where the off-price stores can help, juicing more visits from consumers coming in to find top-name gear at deep discounts.

A different kind of Dick's

Yet these are not like regular Dick's stores where there are departments for bicycles, fishing gear, or exercise; instead, they sell just clothing and footwear. But where Overtime and Warehouse give Dick's avenues to unload excess inventory it has undoubtedly built up during the crisis, they will also eat away at margins.

Dick's operating and net margins have eroded over the years and it will feel greater pricing pressure at its full-price stores from other retailers who also have a lot of built up merchandise they couldn't sell during the pandemic.

While these new discount stores are few in number compared to the 726 stores Dick's operates, it has to be careful not to cannibalize full-price store sales. Plenty of retailers have been lured in by discounting only to discover it undermined profit margins and brand cachet.

Dick's Sporting Goods needs something to keep it on top of its game now, though, and these off-price centers could be what it takes.