Shares of Livent Corporation (NYSE:LTHM), a renewable energy play that produces lithium metal for use in rechargeable batteries such as are increasingly used in electric cars, is watching its stock slide 16% through 11:20 a.m. EDT Monday. Lithium announced this morning that it will issue at least $225 million worth of convertible senior notes due 2025 (i.e. debt that's convertible into shares) in a private offering.

Underwriters of the debt offering may purchase up to an additional $33.75 million worth of notes. 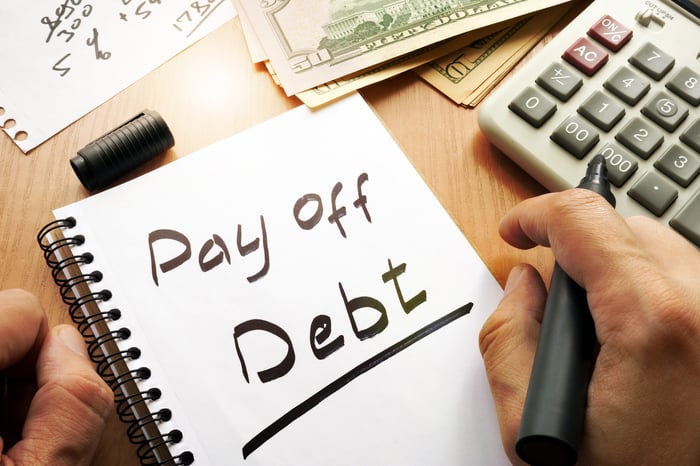 Why is that a bad thing? (Or why are investors perceiving it to be a bad thing?) Consider:

Currently, Livent is carrying about $227 million in debt, net of its cash on hand. Adding $225 million (or $258.75 million) in new debt would seem like it should double the company's debt load, and potentially hurt the company's chances of surviving a recession.

That's not necessarily how this might play out, however. For one thing, in taking on new debt, Livent will receive cash in return -- boosting its cash reserves such that its net debt doesn't really increase very much. Moreover, in its press release describing the debt offering, Livent noted that it intends to use the cash raised by this debt offering to refinance existing "eligible green projects," by "repaying amounts outstanding under its revolving credit facility."

So what's really happening here in the most immediate near term is that Livent is rolling over old debt and postponing its repayment obligations -- hopefully, to a time after the recession has passed, which seems to me a smart move.

Long story short, when I look at the news, I really don't see a good reason for investors to be getting as upset as they seem to be over Livent's debt offering today.