Please ensure Javascript is enabled for purposes of website accessibility
Log In Help Join The Motley Fool
Free Article Join Over 1 Million Premium Members And Get More In-Depth Stock Guidance and Research
By Brian Withers – Jun 23, 2020 at 11:32AM

Here's a trio of FAANG-inspired growth stocks for the savvy investor to consider.

For many of us, it's hard to go through the day without using a product from one of the "FAANG" companies. FAANG is an acronym that stands for five of the largest growing tech companies in the market today: Facebook, Amazon, Apple, Netflix, and Alphabet's Google. Owning some or all of these stocks over the past three, five, or 10 years has provided exceptional returns. But with the FAANG-five average market capitalization now approaching $1 trillion, it's unlikely that these tech giants will have the same kind of returns going forward.

Let's use three of these companies as inspiration to look at a trio of lesser-known growth stocks that will appeal to in-the-know investors. 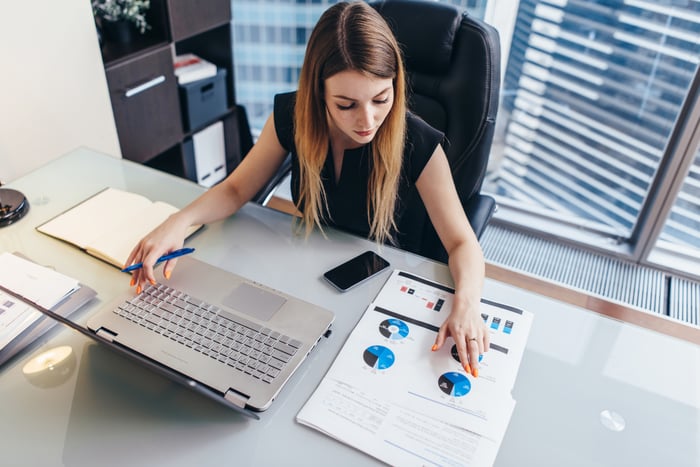 Even with Amazon's hefty $1.3 trillion market cap, it isn't the leading e-commerce enterprise around the globe. For Latin America, MercadoLibre (MELI 7.47%), which was founded in 1999, is the top dog. With a market cap of less than $50 billion -- more than 20 times smaller than its American e-commerce cousin -- it still has huge opportunities ahead.

Latin America has 644 million people and one of the fastest-growing internet penetration rates in the world, making it a hub for e-commerce growth. MercadoLibre's regionally focused strategy and its ecosystem of six interconnected e-commerce services have propelled it to a $2.5 billion annual revenue run rate. Last quarter, it put up an impressive 38% year-over-year top-line growth. Its payments services lead the way with a 45% year-over-year gain.

In 2019, less than 5% of all retail sales in Latin America were from e-commerce, but it won't stay that way for long. Last quarter, 13 million consumers in the region logged on for the first time to try their hand at shopping online. MercadoLibre will benefit from these tailwinds. It's a great pick for investors who know that e-commerce has a long runway of growth in Latin America.

With a market cap of more than $1.5 trillion, Apple tops the list of the largest publicly traded companies. Although some feel like it could grow even larger, many investors would rather invest in a company with a smaller market capitalization and more room to grow. Let's look to a sub-$10 billion market cap company that's powering the screen for the iPhone 11 and the Apple Watch.

Universal Display (OLED 4.99%) invented the technology and manufacturing process for OLED (organic light-emitting diode) displays. It is the main provider of raw materials and collects licensing fees and royalties on the OLED screens that are manufactured using its process. OLED screens are thinner, brighter, and use less power than the standard LED displays they replace. Today this technology is used in big-screen televisions, mobile phones, laptops, and even lighting applications.

Universal Display has grown to more than $400 million in trailing-12-month revenue, but it's just getting started. The demand for this superior technology is expected to almost double over the next five years. Universal Display is at the center of this exciting upgrade trend. Smart shareholders know that as consumers seek better screens for their devices, shares of this trailblazing tech specialist will benefit.

3. Hubspot: Google isn't the only way to reach new customers

As Google's market cap approaches the $1 trillion mark, some investors may want to look elsewhere to ride the wave of digital advertising. With a $10 billion market cap and a huge opportunity, Hubspot (HUBS 4.99%) may be just the ticket for curious ones.

Hubspot helps businesses attract customers through a set of digital tools that manage an "inbound marketing" process -- one that doesn't rely on capturing customers through spam emails or calls to uninterested leads.

Hubspot has created an end-to-end software-as-a-service product suite to manage the marketing, sales, and service processes that attract, engage, and delight customers. It has grown to $722 million in trailing-12-month revenue on the back of its 40%-plus compound annual growth rate over the last five years.

Serving businesses with employees from two to 2,000, this marketing specialist has built a global customer list of more than 78,000. Investors who know that businesses need better tools to attract loyal customers in today's crowded information age should consider this company, whose mission is to "help companies grow better."

The bottom line for growth investors

Sometimes great investment opportunities aren't immediately obvious. Digging a little bit to uncover smaller high-quality companies that have a large opportunity can be a good source of solid growth-stock picks. This trio probably won't ever join the trillion-dollar market cap club, but holding one or more of these stocks for the long term should give shareholders multibagger returns.