Please ensure Javascript is enabled for purposes of website accessibility
Log In Help Join The Motley Fool
Free Article Join Over 1 Million Premium Members And Get More In-Depth Stock Guidance and Research
By Keith Speights – Jun 24, 2020 at 7:02AM

The Canadian cannabis producer's CEO has a specific year in mind for U.S. legalization. And he just might be right.

Canopy Growth (CGC -2.71%) CEO David Klein has a "magic number" in mind for when the U.S. will legalize cannabis. In an interview with CNBC's Jim Cramer last week, Klein said that he expects cannabis will be legalized at the federal level in the U.S. in 2022.

Klein's view is based on the premise that the U.S. Congress will have to take action on legalizing cannabis as more states allow the legal use and sale of medical and recreational marijuana. If he's right, marijuana stocks are poised to soar -- perhaps like never before. But how magical is Canopy Growth's "magic number"? 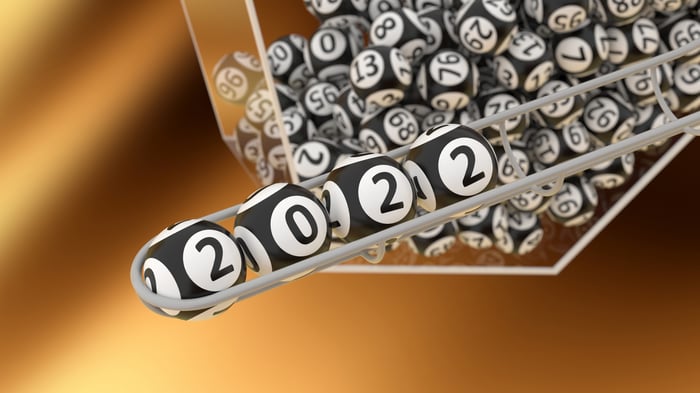 Potentially right for the wrong reason

At first glance, Klein's expectation that the U.S. will legalize marijuana in 2022 might seem a little naive from a political standpoint. He told Jim Cramer, "I think, as you watch more and more states move to legalization for medical or rec, you really bring in almost two more senators each time who are really going to feel compelled to not make criminals out of the people in their state who are doing what's legal in their particular state."

While his view could be correct, 33 states have already legalized either medical or recreational cannabis. That's 66 U.S. Senators who represent states where marijuana is legal in some form. But the Senate has yet to even vote in a bill that would legalize pot.

The main reason why that's the case is that Senate Majority Leader Mitch McConnell controls which bills can be brought to the Senate floor for a vote. Sen. McConnell's home state of Kentuck claims a major hemp farming industry which could be jeopardized if marijuana were legalized at the federal level in the U.S. As long as McConnell remains the majority leader, it's unlikely that marijuana will be legalized in the U.S.

While Klein's reasoning could be flawed, though, his year might be magical after all. Why? Sen. McConnell just might not be Majority Leader McConnell come January 2021.

Democrats only need to net five additional seats -- or four seats if former Vice President Joe Biden becomes president -- to gain control of the U.S. Senate. Polls currently indicate that Democrats are ahead in enough states for them to capture control of the Senate. Biden is also leading President Trump in national polls and in enough swing states to likely win the Electoral College.

There's still a long way to go before the November elections. The GOP could very well hold onto enough seats to keep control of the Senate. But if the Democrats win, it seems highly probable that the U.S. Congress will vote to legalize marijuana in 2021 with a likely effective date of 2022.

How Canopy is poised to win

Would marijuana stocks skyrocket if the U.S. legalized marijuana? Absolutely. I suspect most cannabis stocks will trend upwards this fall if a Democratic Senate victory appears to be imminent. And I think that Canopy Growth will be the biggest winner among Canadian cannabis producers.

Several Canadian companies, including Canopy Growth, have established operations in the U.S. hemp-derived CBD market. But only Canopy thus far has set in motion a well-defined plan to immediately jump into the U.S. cannabis market should marijuana be legalized at the federal level.

Last year, Canopy struck a deal to acquire U.S.-based Acreage Holdings if and when the U.S. legalizes cannabis. Acreage ranks as one of the largest U.S. vertically integrated cannabis operators and runs 14 cannabis dispensaries under The Botanist brand.

Canopy also has a big partner with deep pockets, Constellation Brands, that could help it carve out a position in the U.S. cannabis market. The two companies worked together to develop cannabis-infused beverages for the Canadian market. If those products turn out to be as successful as hoped, Constellation and Canopy would almost certainly move to bring them into the U.S. market if marijuana is legalized at the federal level.

But while Canopy Growth would almost certainly see its stock jump if the U.S. indeed legalizes marijuana by 2022, I predict that there will be even bigger winners among U.S.-based cannabis stocks.

For example, Cresco Labs (CRLBF -0.76%) is much closer to achieving profitability than Canopy is. Its sales are growing faster than Canopy's are. Cresco is even on track to make more revenue than Canopy will this year.

Despite these advantages, Cresco's market cap is less than one-seventh the size of Canopy Growth's market cap. Why? U.S.-based marijuana stocks tend to trade at much lower valuations than their Canadian counterparts in large part because cannabis remains illegal at the federal level in the U.S., preventing the stocks from trading on major U.S. stock exchanges.

If David Klein is right that the U.S. will legalize marijuana in 2022, it should cause the valuation gap between U.S. and Canadian pot stocks to evaporate. Super-sized returns could be just around the corner for Cresco Labs and its U.S. peers.

Keith Speights has no position in any of the stocks mentioned. The Motley Fool owns shares of and recommends Constellation Brands and Cresco Labs Inc. The Motley Fool has a disclosure policy.