With nothing more than a quick glance, the two burger joints look similar enough. McDonald's (NYSE:MCD) aims at the value piece of the market and at kids in particular, while Shake Shack (NYSE:SHAK) mostly targets the premium side of the business. McDonald's is older and bigger, but Shake Shack has carved out an appropriately sized sliver of the burger landscape given its age. From a risk-versus-reward perspective, investors could justify owning one about as much as the other.

As we near the halfway point of a coronavirus-rattled 2020, though, investors can't afford to ignore a couple of nuances that make McDonald's the better pick of the two at this time. 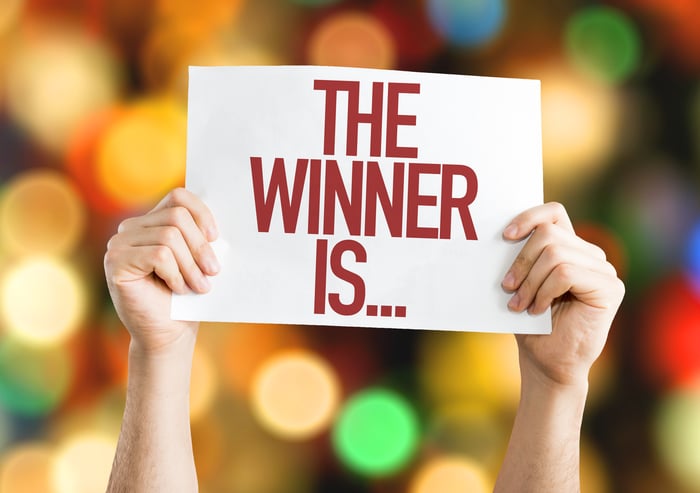 A bit of sunlight is starting to break through the dark economic clouds that loomed above in March and April. Nonfarm jobs grew by a whopping 2.5 million in May after plunging by a total of 22.1 million during the previous two months.

It's not all been good news, though. New unemployment claims are merely leveling off rather than shrinking, for instance, as is the nation's industrial output and utilization of the United States' production capacity.

Translation: Many of the people who still have a job can't exactly rest easy that they'll have one in the foreseeable future. If the economic effects of the coronavirus pandemic turn into a recession, purse strings will tighten further.

One way people will tighten them is by spending less on meals not prepared at home. It doesn't take much for a $7 hamburger, a $3 order of fries, and a $3 drink (all approximate) to suddenly be seen as an overly expensive meal when consumers can buy a similar meal at McDonald's for no more than $8, depending on the location.

The average consumer doesn't know or even care if a particular McDonald's restaurant is owned by the corporation or by a franchisee; the food they're buying is the same either way. It's a detail that's become monumentally important to investors over the course of the past few weeks, though, as COVID-19 has worked its way across the world and temporarily shuttered -- or at least disrupted -- most McDonald's restaurants.

See, a franchisee is the bigger risk-taker in such a relationship. Not only does a franchisee pay an annual fee as well as a percentage of sales to a franchiser like McDonald's, the franchisee also puts up the bulk of the capital necessary to open a McDonald's. The corporation's role in the relationship is to maintain the brand's good image and help all of its stores maintain their spot as a top fast-food destination. That's not exactly easy, but it's not exactly risky either. Whether or not a franchise is profitable, franchise fees and royalties (both of which are higher-margin businesses than restaurants themselves) must still be paid to the franchiser.

It matters. As of its most recent quarterly report, about 93% of McDonald's restaurants were owned by franchisees rather than by the corporation itself. That's in contrast to Shake Shack, which doesn't offer franchises. It does grant some operators a license, but nearly 60% of its 287 locations are owned and operated by the company itself. That means it will be the party eating most of any losses due to and stemming from the coronavirus pandemic.

Not a permanent situation

The COVID-19 contagion isn't going to last forever, of course, and even if it does lead into a recession, that recession won't last forever either. Shake Shack does just fine in a strong economic environment that prompts consumers into splurging a little.

There's a lot to be said for greater certainty when times are notably uncertain.