Please ensure Javascript is enabled for purposes of website accessibility
Log In Help Join The Motley Fool
Free Article Join Over 1 Million Premium Members And Get More In-Depth Stock Guidance and Research
By Bram Berkowitz – Jun 28, 2020 at 9:00AM

With markets bouncing up and down on good and bad news regarding the coronavirus, much is up in the air. While nobody believes traditional financial companies are doomed, banks may see some heavy loan losses in the short term, and real estate investment trusts may see a fundamental shift in commercial real estate in coming years.

The pandemic has accelerated digital trends that many companies have been waiting for consumers to embrace.These trends are now about to take off, creating strong future prospects for digital payments companies. Here are my top three financial stocks to buy right now. 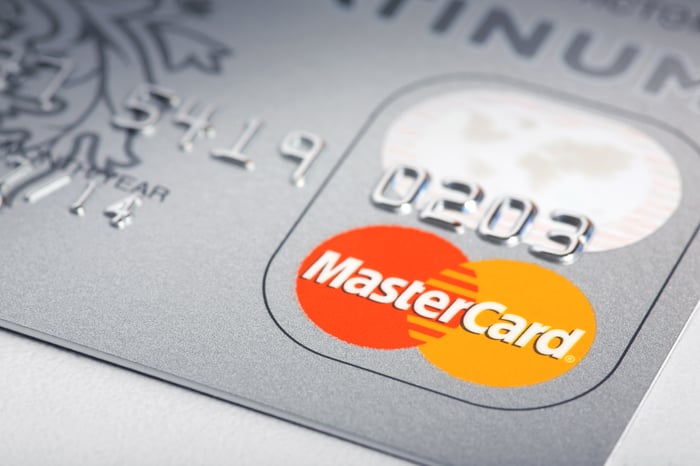 PayPal Holdings (PYPL 0.27%) has been ahead of its time for quite awhile. The company's digital payments products allow customers to easily send and receive payments to businesses, as well as to friends and family through subsidiary businesses such as Venmo. The company makes money by charging fees on select transactions.

Since March 23, the stock price has nearly doubled to almost $170 per share. While profits dropped significantly in the first quarter of the year, the company also added more than 20 million net new accounts and saw 18% annual growth in total payment volume.

"I would argue that April was probably the strongest month for PayPal since we became a public company," PayPal President and CEO Dan Schulman told MarketWatch. Recently, rumors have begun to swirl that PayPal and Venmo may offer sales of various cryptocurrencies directly through their platforms. PayPal is now in a position of strength to continue offering broader services, which should lead to more users and more extensive use.

Mastercard (MA 0.82%) has also clearly seen the future and is well-positioned to take advantage. While you may see the Mastercard logo on some of your credit cards, do not be fooled. The company does not extend credit and therefore is not facing a potential wave of credit card loan defaults if, say, another severe lockdown takes place.

Rather, the company makes money by facilitating electronic payments between customers, banks, businesses, governments, and other entities and organizations. It then collects fees largely based on gross dollar volume, so the company has been impacted by lower payment volumes.

But a recent study conducted by the company shows that people are rethinking the role of cash in the economy. Almost 7 in 10 respondents from all over the world said that digital payments are here to say, and that they plan to use less cash in the future. E-commerce spending in May was up 93% from May of 2019, according to the study.

Additionally, Mastercard recently announced plans to acquire the open banking company Finicity for $825 million . If a company is making a big acquisition during an uncertain time, it's likely it feels it's in a position of strength. The stock is up 47% since March 23.

As Mastercard's direct competitor, Visa (V 0.63%) operates similarly in the sense that it doesn't extend credit card loans, but helps customers, businesses, governments, and other entities complete digital payment transactions. It then collects fees for having helped making those payments happen. Like Mastercard, this stock is seeing healthy trends that are good for its business model.

For instance, the company's Chief Product Officer Jack Forestell said that 13 million Visa cardholders in Latin America made e-commerce transactions for the first time ever in March. Visa operates in 200 countries, so it already has a foothold in places where digital payments are going to grow. Also, at the beginning of the year, Visa paid more than $5 billion to acquire the company Plaid, a platform that enables users to connect their bank accounts to apps. The move is expected to help Visa forge into new lines of business and boost existing segments. The company's stock has climbed 42% since March 23.