Please ensure Javascript is enabled for purposes of website accessibility
Log In Help Join The Motley Fool
Free Article Join Over 1 Million Premium Members And Get More In-Depth Stock Guidance and Research
By Maurie Backman - Jul 1, 2020 at 7:46AM

A last-minute extension means small businesses have until Aug. 8 to apply for Paycheck Protection Program funds.

Though the U.S. economy as a whole got hammered once COVID-19 invaded domestically, small businesses really bore the brunt of the financial hit. Earlier this year, countless local establishments were forced to close their doors when stay-at-home orders were put into place and a massive countrywide lockdown began.

Thankfully, lawmakers realized that small businesses would need relief in order to avoid closing down for good, and with that, the Paycheck Protection Program was born in late March, just weeks after the pandemic first hit home. Under the PPP, businesses with fewer than 500 employees were allowed to apply for loans that were capped at two-and-a-half times their monthly payroll costs. The point of the PPP was to help businesses retain staff, or rehire staff members who were laid off early on in the pandemic.

The best part about the PPP? Its loans were potentially totally forgivable for businesses that used at least 60% of their proceeds to cover payroll expenses. And while businesses were initially given just a short eight-week window to spend their PPP funds, that was eventually extended to 24 weeks to give those businesses more flexibility. 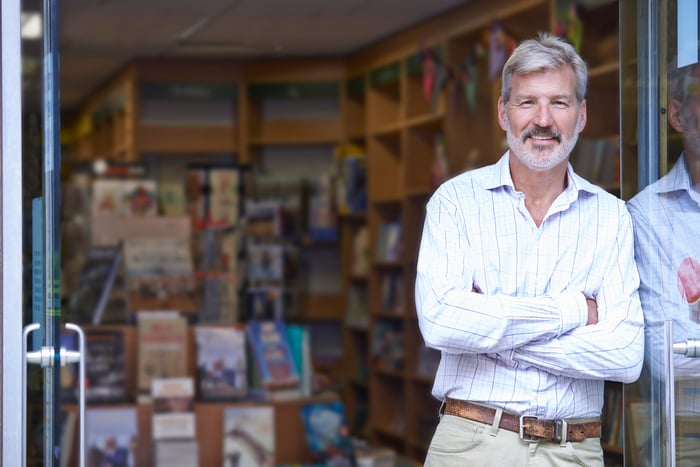 When the program first rolled out, small businesses clamored for those limited funds, and the PPP ran out of money within weeks. A second round of funding was released later in April, though, that allowed more businesses to get the relief they needed.

But as of June 30, the deadline for all PPP loan applications, there was a surprising $130 billion left unclaimed. Thankfully, lawmakers agreed at the last minute to extend the program until Aug. 8, giving small business owners in need of financial relief an extended chance to get some.

Though the PPP was instrumental in helping to prevent layoffs to some degree, most small businesses that received loans through it got that money in April or May. Now that we're in July, a lot of that loan money has been exhausted, or will be in the coming weeks. And once that happens, the same businesses that needed those loans to retain staff may be forced to lay off employees in the absence of additional funding.

Though it's true that businesses may not be shut down like they were back in March and April, many aren't seeing the revenue they're used to. For one thing, in some parts of the country, there are still restrictions in place, which means small businesses can't operate at their usual capacity. And then there's the consumer spending angle to consider. Many Americans are grappling with income loss as the country battles a recession, and as such, discretionary spending isn't what it used to be. Meanwhile, many local businesses are sinking lots of money into implementing social distancing measures and safety procedures. Without some amount of help, they risk not only having to resort to layoffs, but possibly closing their doors.

Though keeping the application process open for small businesses that have yet to secure a PPP loan is a positive thing, it doesn't address the fact that so many establishments that already got a loan are desperate for a second one. Furthermore, many of the small businesses that needed PPP loans and were eligible to receive them have claimed that money already. As such, we may find that a chunk of that remaining $130 billion is still untapped come August.