Please ensure Javascript is enabled for purposes of website accessibility
Log In Help Join The Motley Fool
Free Article Join Over 1 Million Premium Members And Get More In-Depth Stock Guidance and Research
By Maurie Backman – Jun 26, 2020 at 9:18AM

Though the Paycheck Protection Program has saved millions of jobs, its impact may be short-lived.

Back when the COVID-19 crisis first hit, it became clear that relief would be needed to mitigate what was quickly becoming an overnight economic crisis that ultimately spurred a full-blown recession. Thankfully, the CARES Act was signed into law fairly quickly, and with it came relief measures like boosted weekly unemployment benefits, stimulus checks, and the Paycheck Protection Program (PPP), the purpose of which was to help small businesses retain staff by providing forgivable loans earmarked for payroll purposes.

Specifically, businesses were initially told that to get their PPP loans forgiven, they would need to spend 75% of that money on payroll costs. The rules subsequently loosened up, and that threshold was lowered to 60%. Businesses were also told that they'd need to rehire staff by June 30 to be eligible for loan forgiveness, but that deadline was amended to December 31.

To date, the Paycheck Protection Program is credited with returning 2.5 million Americans to a job in May, which perhaps explains why May's unemployment rate was lower than April's. At the same time, an estimated 14% of businesses that received PPP loans still expect to lay off employees once those funds are depleted. And that means that despite the initial success of the program, it's clear that additional aid is sorely needed, and soon. 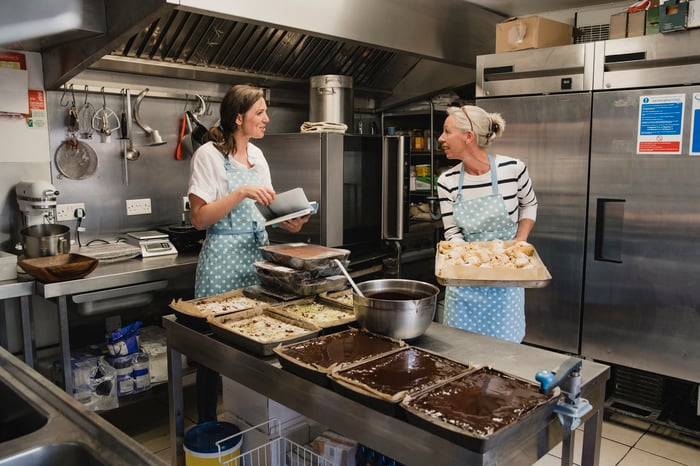 Businesses that received PPP loans were limited in what they could borrow. Specifically, those loans were capped at 2 1/2 times a business's average monthly payroll costs. Many businesses received their PPP loans in April and May. But as June comes to a close, for those same businesses, that money may be running dry. And without additional funding, layoffs could be inevitable.

And those layoffs couldn't come at a worse time. Right now, out-of-work Americans who are collecting unemployment are entitled to a $600 weekly boost on top of their regular benefit, but that extra money is set to expire at the end of July.

Though some lawmakers are fighting to extend it, others have argued that as the country opens up, the need for that extra aid won't be necessary. Without that additional $600 a week, laid-off workers may find that unemployment benefits replace less than half of their former income.

President Trump announced earlier in the week that he expects a generous second stimulus package to pass sometime in July. But whether that package includes extra funding for small businesses to keep workers on payroll is yet to be determined. If something akin to a second round of PPP loans isn't on the table, then the jobless rate could climb between now and the end of the year, and more small businesses may be at risk of closing their doors permanently.