Please ensure Javascript is enabled for purposes of website accessibility
Log In Help Join The Motley Fool
Free Article Join Over 1 Million Premium Members And Get More In-Depth Stock Guidance and Research
By Will Healy – Updated Jul 2, 2020 at 1:09PM

These stocks should see massive gains as they transform their respective industries.

Behind every monster stock is almost always a company driving tremendous change to an industry. Experienced investors can remember how Amazon transformed both retail -- and later -- the information technology industry. They might also recall how Netflix single-handedly destroyed the video rental industry and changed how we consume media. Both stocks have seen massive increases over the years as a result.

Buying Amazon or Netflix could still keep one rich. However, at this stage, purchasing either stock now will likely not make anyone rich. Earning that level of return involves finding the next Netflix.

However, with enough research, investors can find growth stocks that will bring transformation. Right now, Roku (ROKU -1.66%), Square (SQ 0.61%), and Teladoc Health (TDOC -3.54%) appear positioned to bring a significant level of change to their respective industries. 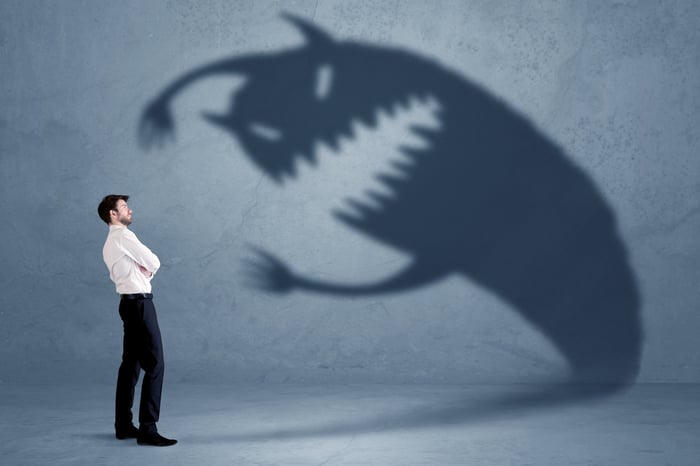 Although Netflix pioneered streaming video, the industry will probably need Roku to take it to the next level. Roku aggregates all of the major streaming players and places them into one platform. This can happen through low-cost equipment or Roku's televisions.

At first glance, it may not appear to have much of a competitive advantage. Most game consoles, DVD players, or competing products like the Amazon Fire TV stick can stream media. However, Roku is the only platform designed for streaming that acts as a neutral player.

Admittedly, the advent of the Roku Channel calls into question the "neutrality" claim. However, the Roku Channel is more of a part of the advertising platform and a way to aggregate other services' content rather than a source for its own premium content.

This offers a platform affordable to consumers. It also provides both a source of revenue for Roku and a venue that replaces the ad platform that once drove traditional television.

At a price-to-sales (P/S) ratio of 10.9, the performance of the stock may not yet reflect current gains. Streaming hours increased 80% year over year, and its revenue rose by 55% in the most recent earnings report. This should drive Roku stock higher long term as it further consolidates more of the industry into its ecosystem. 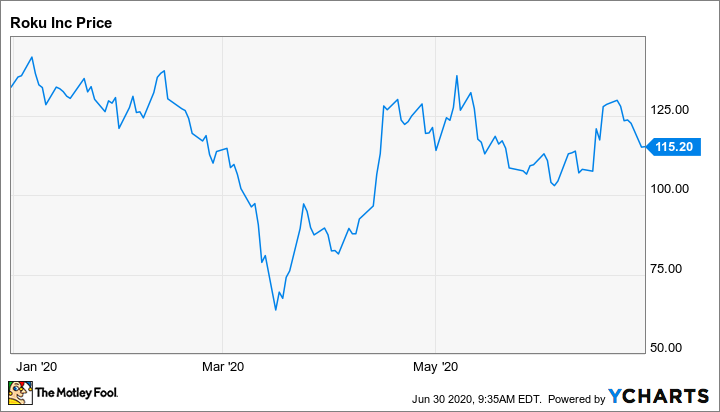 Square continues to become a major player in an increasingly cashless society. However, its true legacy may be its establishment of a one-stop-shop for finance.

Finance has long remained a disparate industry. A few years ago, one would go to a Citigroup for banking, an ADP for payroll processing, and a company like NCR for cash registers. Square places all of these functions and more into one ecosystem. Although I think it is too early to predict the demise of any of these single-function companies, Square's ecosystem places them at a disadvantage.

Moreover, until recently, Square only operated in five countries, with the U.K. as its only location in Europe. However, it has just acquired Verse, a Spanish payments company. As a result, not only will Square gain a foothold in continental Europe, but it will also bring more customers into its popular Cash App.

The company's innovation and expansion helped to increase revenue by 44% in the most recent quarter. However, even if forecasts for a profit prove accurate, current estimates place the forward P/E ratio at more than 230 times earnings and 9.5 times current sales. Still, as the company's influence in the finance industry grows, Square stock should benefit from years of outsized growth. 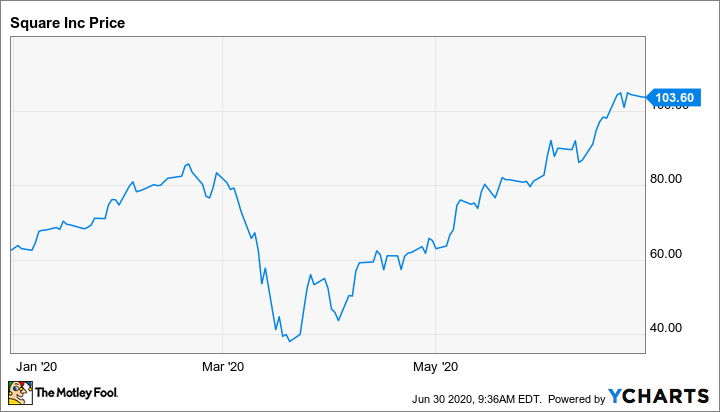 Teladoc has become a company made for the COVID-19 pandemic. Instead of having to sit in a doctor's office with potentially infected patients, doctors can offer virtual treatment over one's PC or device. This not only brings patients convenience, but it provides care at a lower cost.

For this reason, the services provided by Teladoc will probably become a permanent fixture in the healthcare system. According to a survey conducted by Medical Economics, 51% of respondents say they will continue to use telehealth after the pandemic.

Teladoc's growth reflects this increased interest. In the first three months of the year, subscription revenue increased by 29%, while visit fee revenue rose by 93%. Additionally, since that quarter ended on March 31 as COVID-19 began to hit, we may not have fully seen how profoundly the pandemic benefited the company.

However, thanks to coronavirus, Teladoc stock has more than doubled since the beginning of the year. Moreover, it increased in February and March as the S&P 500 sank into bear market territory. As a result, it trades at about 22.4 times current sales. 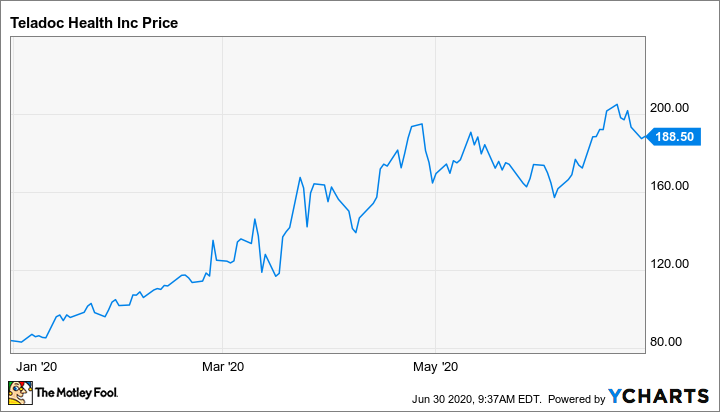 Nonetheless, consultants at Frost & Sullivan predict massive growth for the telehealth industry between now and 2025. With Teladoc well-positioned to capture much of that business, the stock should continue on its long-term growth trajectory.