Read the news, and it's clear that the outbreak has gotten worse. Will that push lawmakers to approve additional relief?

When COVID-19 first emerged as a very real threat to the U.S., it seemed as though cases started multiplying in a few key hotspots overnight -- mainly, the Northeast. But while the pandemic has slowed in some parts of the country, other states are now clocking in their highest daily average new case rates. And health experts fear that if this trend continues, state leaders may have no choice but to implement measures that force Americans to once again stay home.

But a massive lockdown won't just make Americans angry and annoyed -- it could also severely hurt our chances of a relatively quick economic recovery. The U.S. is currently grappling with a recession, and many small businesses are only now getting to open their doors after months of being forced to close. If the COVID-19 surge that's been happening over the past few weeks continues, the consequences could be dire.

Still, there may be one small silver lining related to the recent uptick in cases, and it's that it may drive lawmakers to finally come to an agreement on a second stimulus payment -- money that desperate Americans have been holding out for since the first round went out back in April. 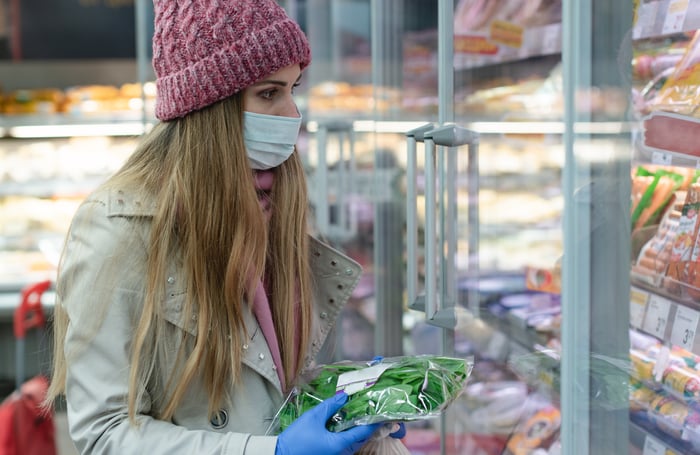 Lawmakers have been debating the need for a second stimulus check for weeks. In fact, the Democrat-proposed HEROES Act, which calls for a follow-up round of stimulus checks of up to $1,200 for both adults and dependents, has already made it to the Senate. There's just one problem: It's unlikely to go anywhere. Republican lawmakers have made it clear that they oppose the HEROES Act in its current form, especially given its $3 trillion cost. And they've also cited a reopening economy as a reason not to move forward with a second stimulus round.

But all of that could change now that the outbreak seems to be getting worse, at least in certain hotspots. If case numbers continue to climb, there's a good chance much of the country will be forced back into lockdown mode. Once that happens, non-essential businesses are likely to close, restaurants will probably revert to the takeout and delivery-only model they followed earlier in the year, and millions more Americans will risk losing their jobs, thereby compounding the existing unemployment crisis.

Therefore, while nobody wants to see the outbreak worsen, we can also hope that the events of the past few weeks will serve as a wakeup call to lawmakers who have opposed a second stimulus payment from the start. Despite hints at an economic recovery earlier in June, we're not even close to being out of the woods from a public health perspective, and that alone should underscore the need for added relief.

President Trump has already stated that he expects a second relief package to go through, but we know nothing about what its details might entail. What we do know is that many Americans are banking on a follow-up stimulus check and there's a good chance that, like the pandemic, the recession we're battling could be long and drawn out.