The company was accused of making improper payments to government officials in Turkey and Russia.

Alexion Pharmaceuticals (ALXN) is reaching into its coffers to settle charges leveled against it by the Securities and Exchange Commission. The company will hand over a total of roughly $21.5 million in disgorgement, civil penalties, and pre-judgment interest to the regulator. 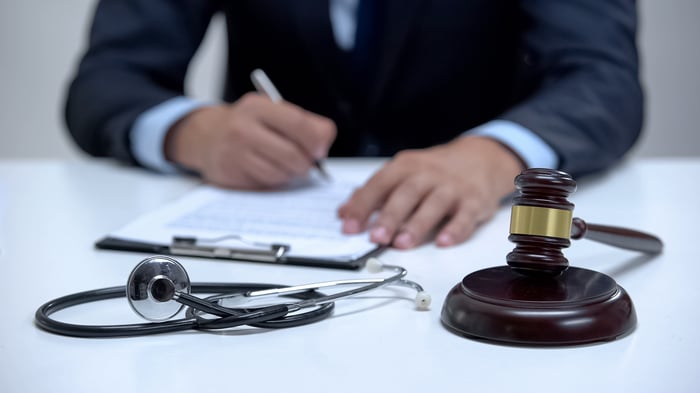 Allegedly, two of Alexion's subsidiaries had paid foreign officials for favorable treatment for its blockbuster drug Soliris. This occurred from 2010 to 2015 with Turkish government officials, the SEC says, and with officials in Russia from 2011 to 2015. The regulator added that the company's subsidiaries in those countries also maintained false records of such payments.

And in related activity, the SEC accused Alexion's subsidiaries in Colombia and Brazil of failure to keep accurate documentation of payments directed to patient advocacy organizations.

Soliris is a medication that treats two rare blood diseases, paroxysmal nocturnal hemoglobinuria and hemolytic-uremic syndrome. The two afflictions are similar in that a body's immune system attacks and severely damages its red blood cells. In the case of the latter disease, patients also suffer difficulties with their kidneys.

In reaching the settlement, the pharmaceutical company has neither admitted nor denied malfeasance. It has pledged to stop committing the types of wrongdoing outlined in the SEC's case.

"Alexion is pleased to have reached a resolution and to have such a strong and effective compliance culture and program in place today," the company wrote in its press release on the settlement.

Alexion's shares basically traded sideways on Friday, while the top stock indexes rose on the day.