Zynga has been one of this year's best-performing video game stocks. 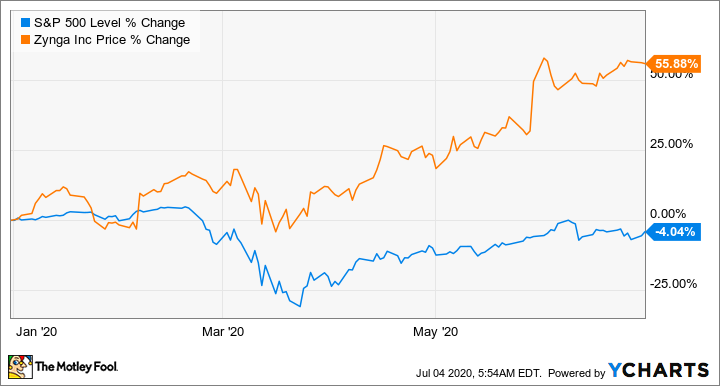 Video game stocks have generally posted impressive gains this year, as shelter-in-place and social distancing measures prompted people to stay inside and spend more time on digital entertainment. Zynga has been one of the category's best performers, posting gains that outstripped industry competitors including Activision Blizzard, Electronic Arts, Take-Two Interactive, and Glu Mobile.

Zynga published fourth-quarter results in February and first-quarter results in May. Each earnings report showed that the company's moves to acquire Small Giant Games and Gram Games in 2018 were paying off, with the studio's core games posting strong results and powering Zynga's sales growth.

The stock's most pronounced gains this year came from news that the company was acquiring Peak Games -- a Turkish video game developer known for titles including Toon Blast and Toy Blast. The $1.8 billion half-cash, half-stock deal was announced in June and completed early this month. The move stands as Zynga's largest-ever acquisition, and the company anticipates that bringing Peak's portfolio of games will boost its overall daily mobile user base by more than 60%.

Zynga stock has lost a bit of ground early in July's trading. Shares are down roughly 2% in the month so far. 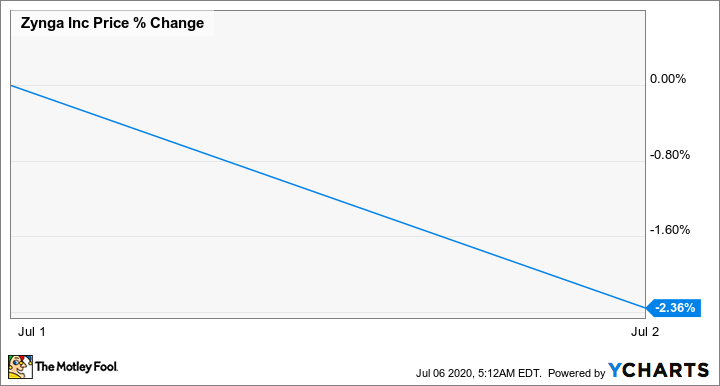 Zynga's big acquisitions moves show that the company is shifting into a more aggressive growth push, and the company still has the financial flexibility to bring other promising developers into the fold. Even after completing the Peak acquisition, Zynga should have a net cash position somewhere in the neighborhood of $500 million.

Mobile gaming has a huge runway for long-term growth, and Zynga has managed to overcome previous challenges and position itself as a leading player in the category. Shares trade at roughly 30 times this year's expected earnings and deserve consideration from investors looking to invest in the video game industry.