Please ensure Javascript is enabled for purposes of website accessibility
Log In Help Join The Motley Fool
Free Article Join Over 1 Million Premium Members And Get More In-Depth Stock Guidance and Research
By Eric Volkman - Updated Jul 8, 2020 at 9:07AM

The House Judiciary antitrust subcommittee is very interested in what the quartet has to say about market dominance and competition.

In what will resemble something of a Silicon Valley power summit, the CEOs of the cream of U.S. tech companies will testify before Congress later this month. 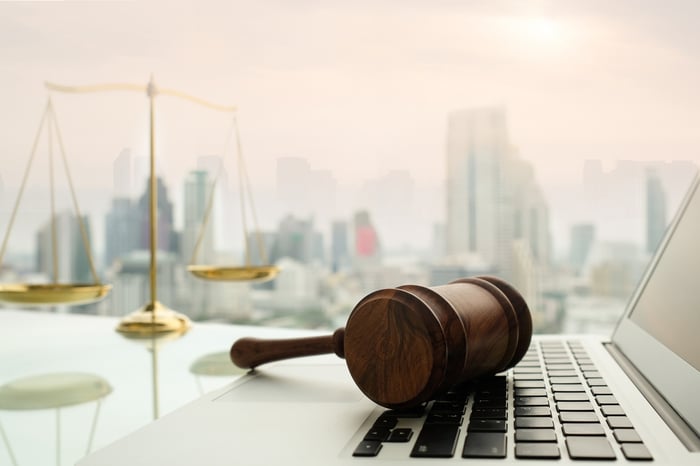 This probe was launched in June 2019. In a press release at the time, the subcommittee wrote: "A small number of dominant, unregulated platforms have extraordinary power over commerce, communication, and information online. Based on investigative reporting and oversight by international policymakers and enforcers, there are concerns that these platforms have the incentive and ability to harm the competitive process."

The subcommittee pledged a "top-to-bottom review" of the market positions of the largest tech companies, hence its desire to question the four CEOs.

When it began the investigation, the subcommittee said it would focus on three key topics: documenting competition issues in the digital space; determining if the dominant tech companies are engaging in anticompetitive behavior; and examining if current antitrust laws and policies, plus enforcement levels, are sufficient to address these matters.

Facebook, Apple, Amazon, and Alphabet have all faced criticism that they not only have dominant positions in their respective segments, but have also abused those positions and actively stifled competition.

The subcommittee wrote that in accordance with current House rules, the four CEOs can elect to provide their testimony remotely.