Demand is sky-high and showed no signs of slowing last month.

Shares of Peloton Interactive (PTON 3.44%) surged in June, as demand for the company's connected home-fitness gear and classes continued at sky-high levels even as coronavirus-related restrictions were eased in some parts of the United States. 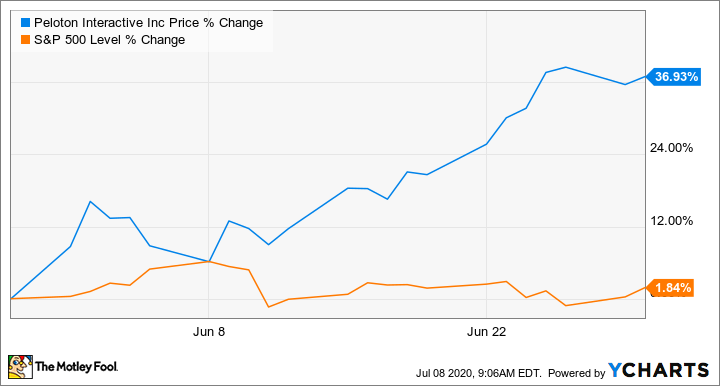 How hot is Peloton right now? Demand for Peloton's stationary bikes has been so high that the company doubled its production in June from pre-pandemic levels, and it was still scrambling to catch up with orders.

Peloton expects its order-to-delivery times to be back to pre-virus normal by early August, but it's still investing in a new manufacturing facility in Taiwan ahead of the additional jump in demand it expects to see during the holiday season. 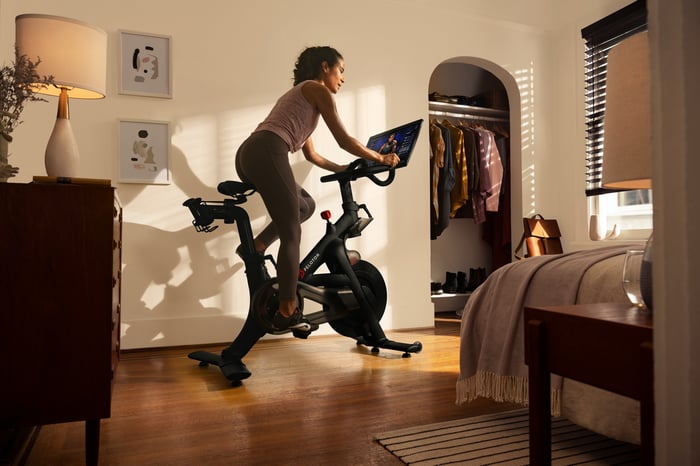 White-hot: Peloton has doubled production of its connected stationary bikes, and it's still scrambling to keep up with demand. Image source: Peloton Interactive.

Given all that, it's no surprise that the company's stock price has run up amid the coronavirus pandemic. But consumer-discretionary investors eyeing the company need to be clear that this is a longer-term play: While Peloton should have excellent profit margins once it gets to sustainable scale, it's in aggressive growth mode now -- and that means investors should expect quarterly losses for the time being.

All eyes will be on Peloton when it reports its earnings for the quarter and fiscal year that ended on June 30. The company guided investors to expect it to have 1.04 million to 1.05 million subscribers as of June 30, up from about 886,000 as of March 31. It expects revenue of between $510 million and $512 million for the fiscal fourth quarter, down a bit from its third-quarter sales, but more than double what it earned in the year-ago period.

Peloton hasn't yet announced a date for its fiscal fourth-quarter report, but it's expected to happen in early August.