Please ensure Javascript is enabled for purposes of website accessibility
Log In Help Join The Motley Fool
Free Article Join Over 1 Million Premium Members And Get More In-Depth Stock Guidance and Research
By John Bromels – Jul 9, 2020 at 6:00AM

Even for the biggest of the big, interest rates are the smallest of the small.

Here's why the big banks have underperformed the market so badly this year. 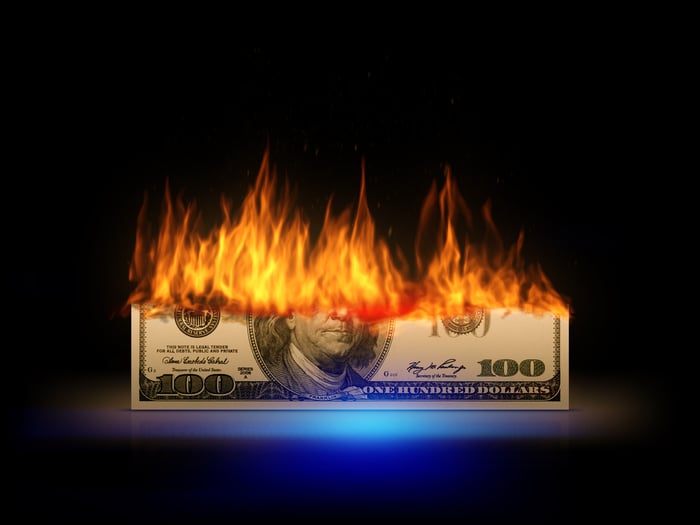 Obviously, any financial crisis has a major impact on financial institutions. The big bank stocks got pummeled in March along with the rest of the stock market. Shares of the big banks have tended to move along with the rest of the market in response to pandemic-related news. They've risen higher when there are positive developments, like news of a potential vaccine, and trended lower on negative COVID-19 news, like upticks in infection rates.

But big banks haven't recovered as quickly as many other sectors because they're uniquely vulnerable to changes in interest and unemployment rates.

One major way that banks make money is by making loans to businesses, individuals, and other banks. When interest rates are low, banks don't make as much money on those loans. March 15 -- the date the Federal Open Market Committee cut the benchmark federal funds rate to a target range of 0% to 0.25% -- was a bad day for banks.

On top of lower demand for new loans -- which have also become less profitable to write -- many of the banks' existing loans became riskier in the first half of the year. That was due to the exploding unemployment rate, which rose to nearly 15% in April and is still in double digits. High unemployment often leads to higher rates of loan defaults, which hurt banks.

In their first-quarter 2020 earnings reports released in April, the big banks added to the market's concerns about loan defaults. JPMorgan, Bank of America, and Citigroup all added cash to their balance sheets in the form of loss reserves and provisions, indicating they were preparing for high numbers of loan defaults, which would then be written down.

On top of all that, at the end of June, the Fed ordered banks to suspend share buybacks and cap their dividend rates. Not pretty.

Things are tough for banks of all sizes right now, and increased investment banking activity isn't enough to offset the headaches of potential loan defaults and low interest rates. Until there's some clarity on what the future holds, big bank stocks are unlikely to recover.

As JPMorgan Chase CEO Jamie Dimon put it succinctly in his annual letter to shareholders, "[W]e do not know how this crisis will ultimately end, including how long it will last, how much economic damage it will do, or how fast or slow the recovery will be."

For now, even these biggest-of-the-big banks are still pretty iffy investments. Although they're at little risk of actually collapsing, cash crunches or dividends cut remain possibilities. Even though Citigroup and Bank of America are trading below book value, most investors should probably wait to see what happens before buying in.