And why it gained it all back -- and then lost it again.

You don't have to drop $250,000 for a ticket on one of Virgin Galactic's (SPCE -4.10%) space tourism rides to experience the joys of hypersonic motion sickness; just owning a share of Virgin Galactic stock today could be enough to give your tummy some trouble.

In early trading today, Virgin Galactic shares first plummeted more than 6% before turning around, rising, and briefly achieving more than a 2% gain for the day! They then turned tail once again, tumbled, and at last report (about 12:25 p.m. EDT) were back down nearly 2% again. 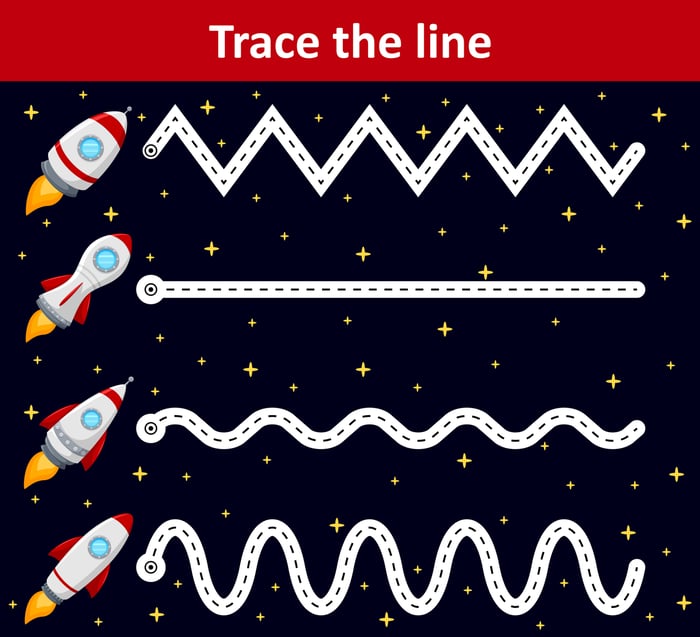 Such are the joys of owning a profitless space company that trades on hopes of future growth.

I don't mean to be flippant. Virgin Galactic is not a profitable company, and even its revenues are negligible at this point -- barely $2 million taken in over the last 12 months. This, however, is because the company is still in its start-up phase, testing its spacecraft and getting them cleared for launch and carriage of commercial passengers.

Once Virgin Galactic does begin flying commercially (its first flight is expected to take place by the end of this year), at ticket prices of $250,000 a pop and with a passenger capacity of six per spaceplane, those revenues will add up quickly, to about $1.5 million per flight. Moreover, the company's planes could theoretically fly daily, or even multiple times per day, if there's enough customer demand for the service.

Today, there's no news, so we're all getting a real-time lesson in how volatile investor sentiment can be and in what that does to Virgin Galactic stock.