Collecting benefits won't be as easy for some people anymore.

Millions of Americans have lost their jobs in the wake of COVID-19. Thankfully, unemployment benefits are available to workers who are out of a job through no fault of their own, but sometimes, the rules around claiming them can be a barrier to financial help.

Generally speaking, people who claim unemployment must also be able, ready, and willing to work. And often, they need to prove that they're actively seeking work to collect their money.

Much of that changed, however, because of the nature of the pandemic. Because so many parents were stuck without child care because of school closures, and the mere act of leaving the house was considered a safety hazard, most states eased up on their requirements for unemployment eligibility. Those collecting benefits were not required to search for work, and could claim that they were available for work even if child care constraints made reporting to a physical location less than feasible. 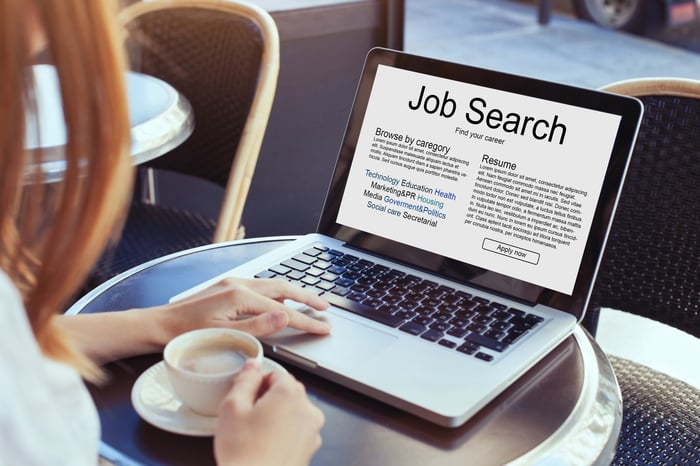 But now, some states are reverting back to their old requirements for claiming unemployment -- and workers who have been relying on those benefits for months may soon find that they're no longer eligible.

The rules are tightening back up

Before the pandemic, searching for work was a requirement in the course of collecting unemployment, and beneficiaries had to maintain a job search log for verification. That requirement was largely waived when COVID-19 first took hold, but now, some states are starting to mandate that unemployed individuals look for work if they want to keep collecting their benefits.

On the one hand, that move makes sense. Lawmakers have argued that boosted unemployment benefits have discouraged workers from returning to a job, and for the economy to recover from its current recession, we need more active members of the workforce. On the other hand, COVID-19 cases are surging in much of the country, and the health-related concerns that existed in March still very much apply today. As such, some out-of-work people may find themselves in an unenviable position right now: Drag themselves to interviews, or risk losing the benefits they're relying on.

That said, in some states, fulfilling the work search requirement isn't all that difficult. For the most part, it means applying to a handful of jobs, networking, or submitting resumes to staffing agencies.

The tricky part, however, comes when job offers are actually made. When certifying for weekly unemployment income, beneficiaries generally need to indicate whether they've turned down work, as doing so could affect their ability to collect their money. Those who are required to search for work may run into problems if they're offered jobs, but can't accept them because of child care constraints or health concerns.

Meanwhile, unemployment benefits may be shrinking across the board in a couple of weeks if lawmakers don't intervene. In March, the CARES Act was passed, and it's since allowed for a $600 weekly boost to unemployment benefits. That provision is set to expire by July 31, and there's been a battle over whether it ought to be extended. Those in favor of continuing with that boost argue that the jobless rate is still high and the public still needs relief. Those opposed say that the jobless rate has declined since April (true story), and that as the economy opens back up, more jobs will become available. But even if that boost is, in fact, extended, some unemployed folks may be unable to get it if states continue to tighten up their eligibility requirements.